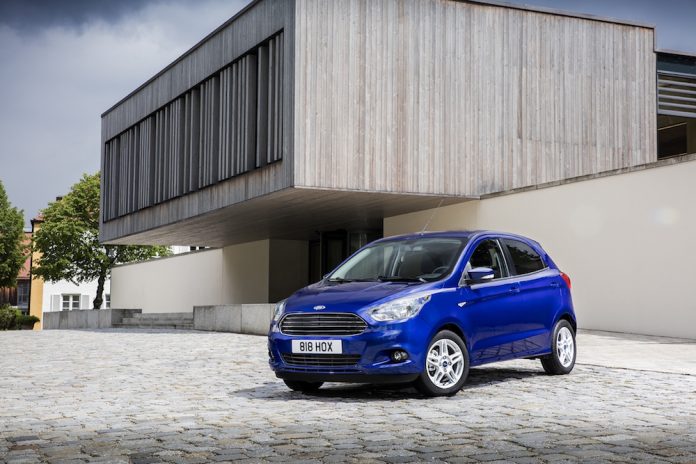 As you may already know, the KA as we know is dead. Some of you may think that this Ford model is dead once and for all as it’s been in the shadow of the Fiesta and Focus for sometime now. In fact the last time I remember seeing one on screen was in Quantum of Solace where it made a rather pointless cameo. Anyway, I’m waffling – nothing new there.

So the KA is dead?

Yes, the KA is to be scrapped and will replaced ay a five door only KA+ instead. I wrote about this mode earlier this year so I won’y go in to too much detail, if you want to know more about the complete ins and outs then you can read that article here. Priced from £8,995, the new KA+ is a little bit shorter than its bigger brother, the Fiesta, but 29mm taller.

This is starting to sound like a Ford Fusion if you ask me, a car that couldn’t really decide what it wanted to be but was essentially a Ford Fiesta that had a growth spurt. On paper though, the new KA+ looks like an attractive package. Ford says the new model has generous space for five and buyers can expect class-leading headroom. Ford also states it will be agile and fun to drive and based on the wonders it has done with the Fiesta who is going to argue with that? ​​Ok, so what can I expect for my money?

Choosing which KA+ should be rather easy as there are only two trims – Studio and Zetec. Just one engine powers both trims – a 1.2 litre Duratec petrol engine that offers 69bhp. Both models include as standard a chrome front grille, front fog lamps with daytime running lights, front electric windows, speed limiter and Ford Easy Fuel.

Step up to the Zetec and you’ll receive 15″ alloy wheels, air-con, Ford SYNC, Leather steering wheel, cruise control and Ford MyKey. There will also be the chance to order special editions in the form of the Zetec White and Zetec Black which are powered by a slightly more powerful 1.2 Duratec that offers 84bhp. Both versions also offer black alloys and will be available to order later this year.

So do you like the new of the new KA+ or would you rather have a Fiesta?