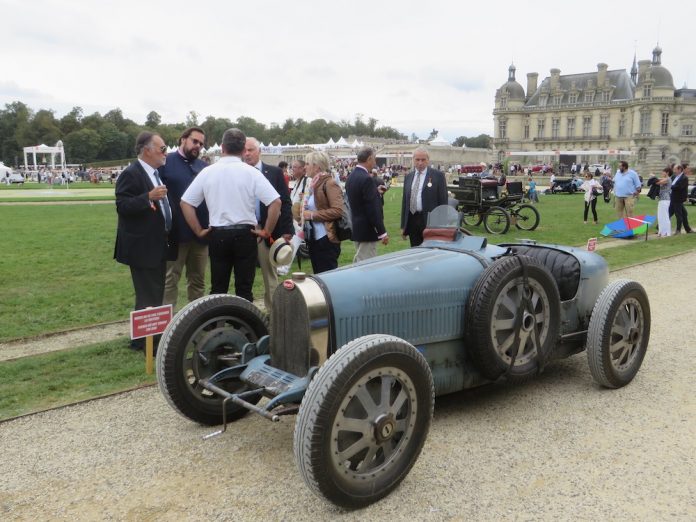 Which car won the very first Monaco Grand Prix? The chances are you have no idea. Don’t worry I didn’t either if I’m going to be completely honest. In fact I wouldn’t have been able to tell you when it was either. It was in 1929 when everyone was in black and white and moved quickly.

As you have probably guessed by the headline, the car that has this simply hallowed status is a Bugatti, a 1928 Bugatti Type 35B to be precise. It may not not have the most inspirational name, in fact it sounds like a printer but this car has some serious street cred. I’m not a fan of Formula One but even so, I recognise how special this car is. And so does FIVA,

FIVA, or Fédération Internationale des Véhicules Anciens as its also known – try saying that when you’ve had a few – has awarded its latest preservation trophy to the very same car that crossed the line first in the 1929 Monaco Grand Prix. This historic racer received the award whilst it was on show at the Chantilly Arts & Elegance Richard Mille event earlier this month. Bugatti is rich with motorsport heritage and this Type 35B is a great example of this having the first race of one of the most iconic races in the F1 calendar. It was William Charles Frederick Grover-Williams – no, I promise I’ve not made that up – who took the chequered flag in the famous street race but other notable drivers of this model include Robert Benoist, René Dreyfus and Loius Chiron – I’m sure that last name sounds familiar.

This Type 35B (AKA s/n 4914) was retired in 1931 and then used a road car before it was bought by a chap called Edmond Escudier in 1954 at auction. He owned until 2005 when it was passed on to its current owner and throughout that time the Monaco winner has remained completely original.