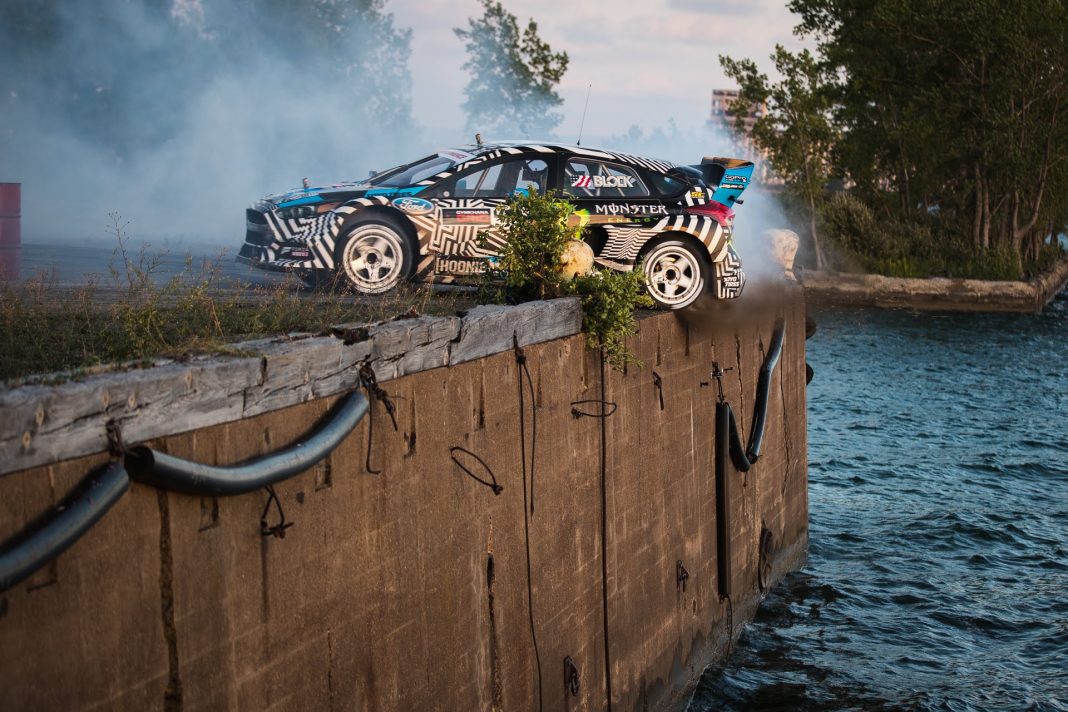 So after plenty of teasing, the new video from driving sensation Ken Block is here. It is of course Gymkhana Nine and as per usual, it’s pretty epic. But Block isn’t the only star in the video, his weapon of choice is the Ford Focus RS RX which is the very car he has been using in this year’s FIA World Rallycross championship. He’s not had the best of luck so far this season but let’s gloss over that shall we?

This time we see the chief hoonigan tearing around an industrial park stateside, bringing his usual mix of smoke, noise and destroyed tyres. His Focus RS RX is not the only Ford to make an appearance in the video – there is also a Ford Raptor which is displayed how you wouldn’t normally expect it to be. I won’t tell you how, as that would ruin the surprise.

Anyway, that’s enough waffle from me, I’m sure you wanna see the main man (and car) in action, so check this out!