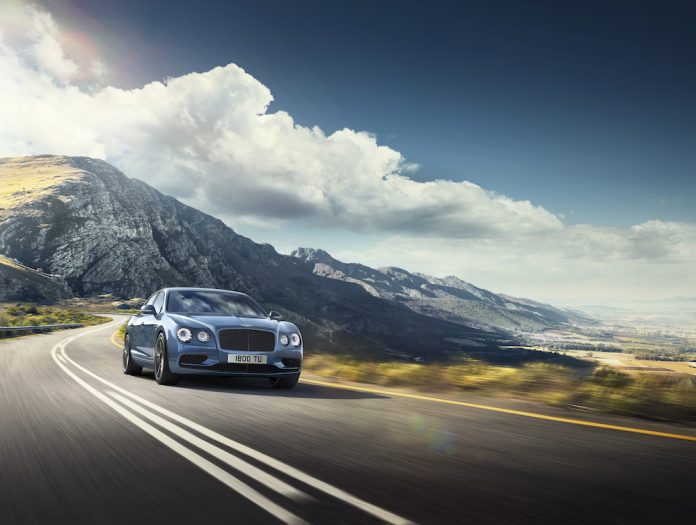 Bentley has announced a new flagship model to join the Flying Spur stable – the Flying Spur W12 S. It’s faster, darker and has tougher suspension, although Bentley is keen to stress this will not come at the cost of comfort.

The Fastest Flying Spur Yet

The Flying Spur W12 S is now the flagship of the range and as a result it needs to have flagship performance to match. And it does. As you may have guessed by the name, there is a W12 engine under the bonnet which has not one but two turbo and the result is 626bhp. That figure is impressive alone but maybe not as impressive as the torque figure that comes in at 820Nm. ​Unsurprisingly the performance stats are very muscular – 0-60 comes in just 4.5 seconds and the top speed of over 200mph (202mph to be precise). Its figures like these that has given the W12 S the crown of the fastest Flying Spur yet but it’s not all about brute force – the suspension has been beefed up to limit body roll and improve handling but the luxury brand maintain the W12 S will offer high levels of comfort.

​​Menacing in design as well as performance

The sheer power of this large coupe are enough to make it look menacing on paper but the exterior design is also pretty butch as well. Bentley has fitted the W12 S with gloss-black detailing on the outside, all the way from the radiator from the window surrounds. This 202mph bruiser will sit on massive 21″ alloy wheels which also come in black, adding to the overall menace of the whole package.

​​Step inside and you’ll find the usual mix of quality materials and quilted leather you’ve come to expect from Bentley but there are a few new features for this model such as the new black engine-spin finish on the dashboard and the W12 S emblems on the headrests.

Deliveries will be made to the privileged customers towards the end of the year and as for the rest of us, we can dream on!