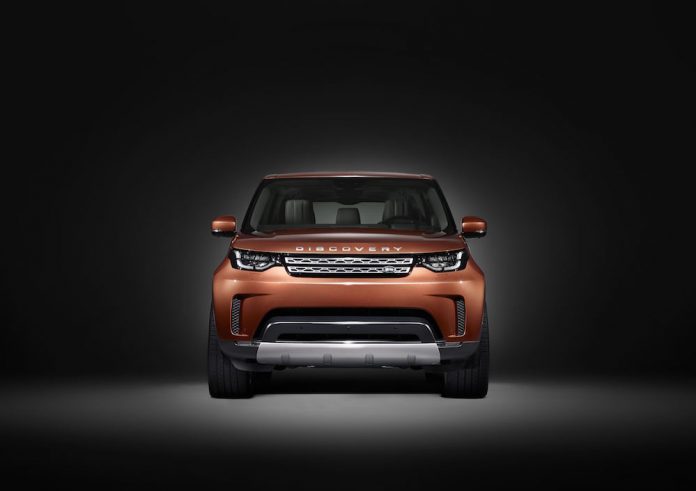 Land Rover has released the first picture of the new Discovery were revealed and that’s about it really. Land Rover didn’t release any further details as it’s keeping its cards close to its chest until the world premiere on the 28th of September.

Land Rover says the new model will be “created with absolute versatility, capability and technology like no other”. That’s a rather lofty claim so the Discovery has a fair bit to live up to. The new model has broken away from the shackles of the rectangular headlights from previous models and the design is similar to the Evoque. I like it although I must admit the headlights and the grille look a bit too high which makes the front bumper look to tall. It’ll be interesting to see what the new Disco looks like from other angles but it’s clear the design is more modern and stylish.

More details will be released on the 28th of September but in the meantime fans and customers can register their interest at www.landrover.co.uk.