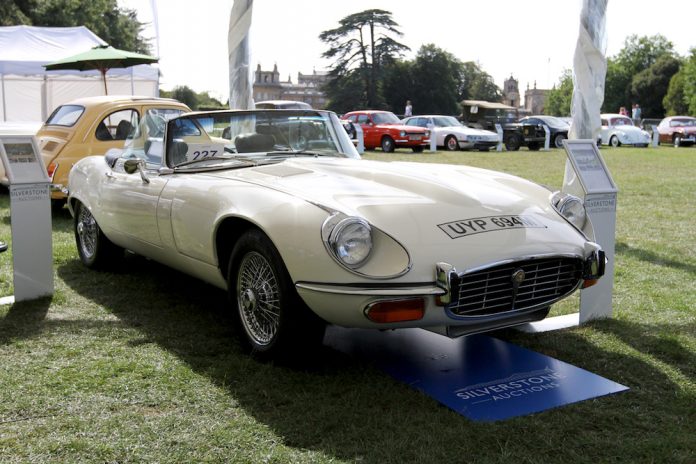 As is the way the Only Fools, the E-Type meets a bitter end towards the episode’s finale when it gets rear-ended by another car. The car was obviously not damaged in the process don’t think the car on sale had a massive dent on the back! The car may have featured in just one episode but it was quickly known as ‘Boycie’s E-Type’.

The car in fact belonged to a businessman from Swansea who was the first and only owner. The estimate for this British TV star was £75,000 to £85,000 but the car broke the six figure mark, selling for a total fee of £115,875. The sale of the classic roadster helped to contribute a total sale of £3.4million at the latest Silverstone Auctions’ sale – lovely jubbly!