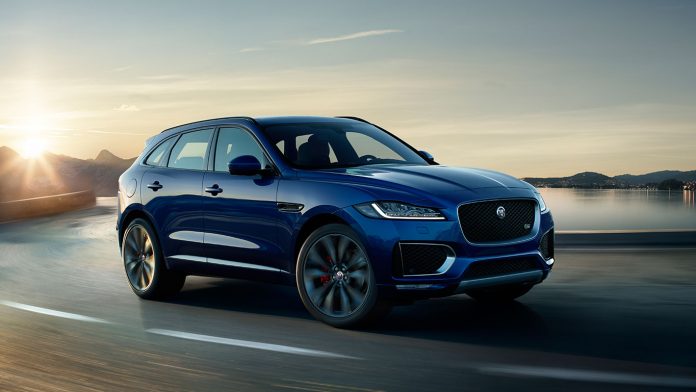 So what has Jose Mourinho been doing since receiving his P45 from Chelsea Football Club? Looking for a new team, spot of coaching or spending time with family? No, not quite. What the ‘Special One’ has been doing in between jobs is drifting the new Jaguar F-Pace on a  frozen lake in Sweden. And I must say it’s quite the looker, the car I mean, not Mr Mourinho. This is part of Jaguar’s ‘Ice Drive Experience’ which will be available to anyone as of 2017. Accompanying Jose was professional driver Tommi Karrinaho in temperatures of around -30 degrees.

Speaking about the experience Mourinho said: “The experience was magnificent. For people in my world, I think a few days in a place like this is magnificent. I am always learning. Even in football, which is an area that obviously I feel that I’m an expert, I’m never perfect and I always learn. The flying lap with Tommi sent my adrenaline soaring. It’s something I’ve only ever experienced before when I have walked out in front of 80,000 football fans.”

He also speak briefly about his future amongst growing speculation that he is on his way to Manchester United; “I have worked for as long as I can remember as a manager and this is now the second time I have stopped in 16 years. So it’s not a drama, but for sure I will be back soon.” But anyway enough about him for the time being, let’s get back to the F-Pace. It will be priced from £34,170 rising to £65,275.00 and is billed as a crossover vehicle. So basically one of those SUVs that can’t actually decide what it wants to be so has a little of everything.

Having said that, I do think it looks rather handsome. The standard model (Prestige) comes with 2 litre diesel engine which throws out 180PS. This gives you a top speed of 121 mph and a 0-60 time of 8.5 seconds. If you are of the petrol persuasion then you will need to fork out £51,450 for the S version which comes with a 3 litre V6 which produces 380PS.This boosts the top speed to 155 and a 0-60 of 5.1 seconds. The car is available in 4 wheel drive or rear wheel drive.

Other features include torque vectoring, 18 inch alloys, powered tailgate, lane departure warning, Sat Nav and front/back parking aids amongst others. Drifting Jose Mourinho is not included in the price though. BUT you can see the man himself in action in this short video.