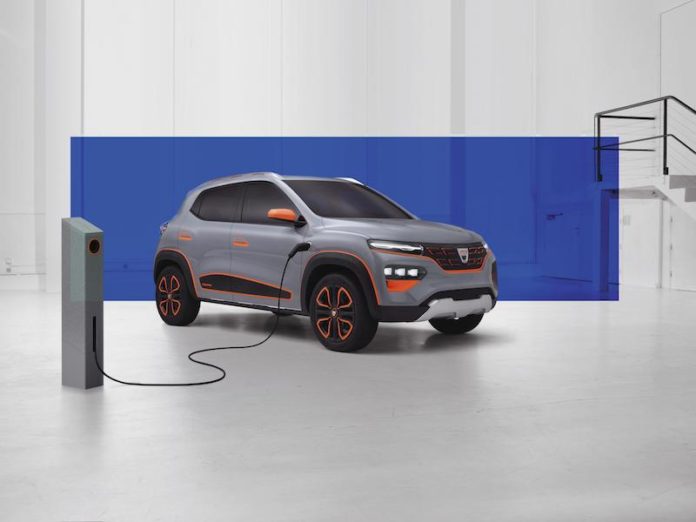 Electric cars are quickly becoming big business in the UK, so much so, that the UK infrastructure is struggling to keep up. As much as more buyers are entering the world of EV motoring (or even maybe getting their next electric car), there’s not that many options for those on a bit of a budget. There is the MG ZS EV of course, but apart from that, you’d be looking at cars such as the Renault ZOE, which isn’t exactly over generous for space.

Dacia has clearly seen a bit of a gap in the market and has revealed its a new Spring Electric Concept at this weeks’ Geneva Motor “Show” (it was cancelled, in case you didn’t know, due to Coronavirus). This may be a concept, but the Romanian brand is committing to making the car – hopefully they come up with a better name than Spring Electric – and it’s due to go on sale in the early stages of next year.

It’s quite a sharp looking car if you ask me, although the front end has a mix of Hyundai Kona and Nissan Juke to it. This by no means a bad thing, just my own observation. It won’t be able to hold a candle to the range offered by the electric version of the Kona, though, as the Spring Electric will offer 124 miles of range, making it more suitable for urban motoring rather than having the long-legged capability that some rivals can offer. Its compact size is another hint that the Spring Electric will be more suited to a concrete jungle than long road trips as it measures at 3.73m long, but still offering the SUV style that so many buyers crave at present. Speaking of style, the Spring Electric offers a preview of what future Dacias will look like in regard to lighting signatures, using full LED lights all-round.

Dacia hasn’t revealed many more details than that, but it’s a promising looking concept, and it could well draw more customer’s to the good value, no-nonsense brand. What do you think of the new Spring Electric?