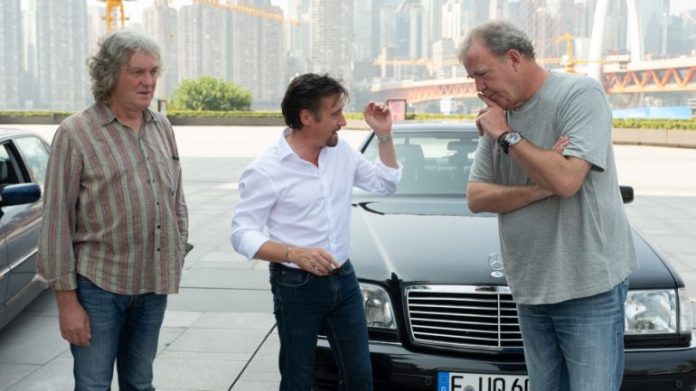 I know, I know, I’m a bit late on this one… Life has been full throttle at the moment, hence why my review of this week’s GT is a tad tardy. Anyway, on to business. This week’s episode will be a great one if you love all things Chinese, as The Grand Tour lads had a very strong focus on China.

The episode kicks in, you guessed it, China. We join Jeremy Clarkson in a very interesting looking car. The sort of car that you would see a head of state in. As it so happens, you would need to be a head of state in order to afford, as Jezza drops the bombshell that this, the Hongqi L5 will cost you £880,000. Yup, you read that right. That’s a lot of money for a car which has broken steering wheel adjustment.

The film is a good one, but I quickly found myself questioning whether Clarkson had lost his marbles, as he seemingly fell in love with this slab of Chinese luxury. I say slab, as Clarkson reveals that the car weighs around 3.2 tonnes. Well, I suppose you’re getting a lot of weight for your money. It was an interesting enough film but it wasn’t one I felt needed showing. Is that harsh? Possibly.

Mind you, it does lead on to the main theme of this week’s episode, which is to show the people of China that there is another way. Well, three in fact. James May joins the action with a used Mercedes S Class before Hammond turns up in a Cadiallac and then JC re-enters the fray in a BMW 750IL – three cars not made in China. The cars on show may be a bit tatty – just look at Clarkson’s windows – but they are considerably cheaper than the L5, even after taxes and import fees. Feeling rather proud of their cars, the trio hit the roads. In the sweltering city heat, it soon becomes apparent that the air con in May’s S-Class doesn’t work – how do they always end up with cars that have broken air con – so I suppose it would have come as a relief to get out the sun and in to a door manufacturer. Lots of doors, but only three knobs. Don’t worry guys, I’m just kidding of course.

Having said that, May did look like a bit of knob once he had donned an ‘Ice Towel’ to keep his head cool in the blistering heat. The three then hit the freeway, and after getting flashed around a million times – not the flashing you’re thinking of, gutter mind – they turn up at driving school to do it a bit of racing with a flamethrower wielding drone. Only on The Grand Tour. The test seemed very silly and not all relevant (I know, this is The Grand Tour) but despite that I found it all rather entertaining albeit pointless.

Hammond drives an electric supercar – what could go wrong?

You’ve probably noticed that I’ve glossed over Conversation Street, not because it wasn’t worth talking about, but because I don’t want to make this article too long. Anyway, We leave China for a short spell in the episode as we join Richard Hammond at the Eboladrome. There’s a still strong Chinese influence though, as The Hamster is joined by the NIO EP9. Never heard of it, well feel free to check out this article to get the down low. In short though, it’s an electric supercar that as Hammond points out, is more powerful than the Rimac he crashed in Switzerland. The brains behind the car are the boffins that developed the race car that won the first ever season of Formula E, so it’s got a bit of heritage to go with the electrifying (sorry, couldn’t resist) power.

It’s clear that Hammond was blown away by the car as his face pretty much did all the talking , which is just as well as I imagined there were points where he really had to concentrate on what he was doing. Like other GT reviews, it was filmed very well, plus I really enjoyed the passion and charisma Hammond delivered in this piece. God knows how he still gets insured for cars…

And back to China…

With the NIO EP9 setting a very quick time about the track in the hands of Abbie Eaton, the GT lads go back to China to pick up their bid to prove that used luxury cars are better than new ones. After getting some cheap tat from a gift shop – including a small ‘Donald Trump’, Clarkson, Hammond and May set out to prove that their cars can work well as long distance cruisers. To be fair, that’s not very difficult, given the calibre of the cars chosen.

However, the trio soon need to get some fuel, which ended…well. In short, they were subjected to a compulsory game of service station roulette. Then once they got the fuel, they weren’t even sure it was the right stuff. To make matters worse – well for Hammond, anyway – his car broke down and needed a jump start.

After surviving aquaplaning on the motorway and the constant flashes which may as well be called an epilepsy test, the trio set out for some food. This turned out to be quite an entertaining segment as it’s clear the food was rather hot, with Clarkson and May’s faces redder than an angry lobster. They come to the conclusion that they should actually ride in the back of their cars and hire a chauffeur, based on the fact that is how owners will choose to travel, which make sense.

Because of the age of the cars, there’s no fancy infotainment systems, so the trio find ways to keep themselves enriched on their travels, and after that goes a bit pear-shaped, they convert their cars to add a bit more luxury to them. After the trio have satisfied themselves with that, they regain the helm for the final test.

To prove how fun the cars can be, they find a beaten road aptly name the 24 curve road because it has, well, 24 curves. May takes the course on first, but struggles to see thanks to his homemade sauna. Clarkson then takes to the course in his typical mix of power and speed, and Hammond? Well he turned up in a different car before promptly crashing. Again. All of this turns out to be for nothing as the trio go back to the tent to reveal that The Grand Tour is not shown in China, so the whole episode has been pointless. This seems to be a bit of a middle finger to the viewers, but as least CHM concede this fact. On the whole, though it was a decent episode and enjoyable, too.

The gags were decent, I liked the content and I always enjoy it when the trio do some form of challenge with used cars. Was it a classic? I’d argue not, but I certainly wouldn’t say it was a bad episode and although it didn’t reach the lofty heights of last week’s episode, it was still an entertaining watch.