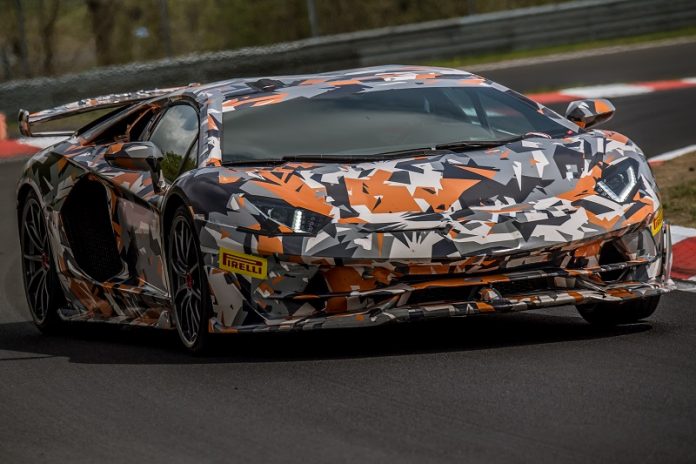 They’ve done it again. Last year, Lamborghini broke the production car record at the Nurburgring with the Huracan Performante (6:52.01 in case you were wondering) and now the Italian brand has done it again. This time though, it’s with an Aventador, but not just any Aventador. It’s the Aventador SVJ, a track focused model that’s yet to be formally unveiled.

Once again, it was Marco Mapelli behind the wheel of the raging bull, achieving a new lap record of 6:44.97 minutes around 13 mile (give or take) Nordschleife circuit. This time is around 3 seconds faster than the previous lap record holder, the Porsche 911 GT2 RS. What does Lamborghini say?

“Its tenure as the Nürburgring lap time record holder, even before its unveiling during the Monterey Car Week in California in August, endorses Lamborghini’s competence in applying superlative design engineering and ground-breaking technologies. The SVJ is a super sports car at the zenith of performance, while also ensuring unrivalled driving pleasure.”

Full details of this car are yet to be revealed, but the Italian performance marque has stated that the SVJ is able to boast a weight-to-power ratio of only 1,98 kg/hp, and it also uses the ALA aero system for optimal downforce.

Speaking of which, check out the video below to see the lap record as it happened.