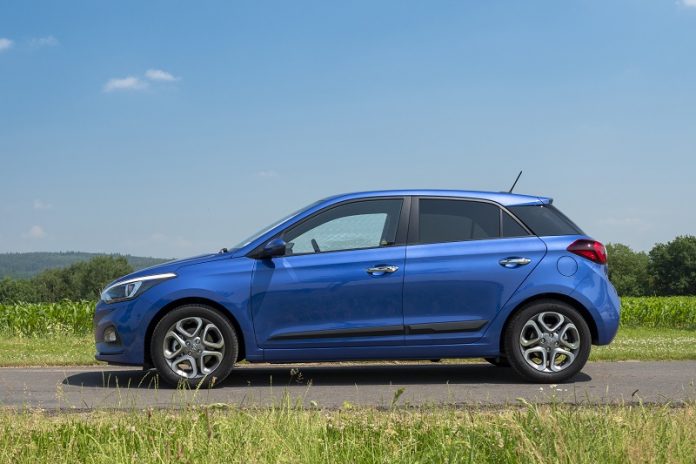 Following the announcement of the new model in April, Korean brand Hyundai has now announced the UK pricing of its new i20 5-door. Available to buy now, the new Hyundai i20 5-door will start from £13,995, which is around £350 cheaper than the equivalent Ford Fiesta. The new model is available in four trim levels; S, SE, Premium Nav and Premium Nav SE. All models receive updated styling including a new cascading grille, as well as more technology. You get more safety features and a new automatic gearbox, if you opt for an SE model or higher.

You may think that you’ll be left wanting in the base model, S, but in fact it comes with some nifty features. Standard equipment includes air conditioning, rear view camera, 7″ infotainment system with DAB and smartphone connectivity, plus you also get automatic headlights. Just one engine/gearbox is available with this model, and that’s the 1.2 litre petrol engine, which produces 74bhp and is mated to a 5-speed manual gearbox. The SE also offers safety features such as autonomous emergency braking, lane keep assist, driver attention alert and high beam assist. The SE is available with the turbocharged 1.0 litre engine that offers 99bhp, which can either be mated to a 5-speed manual gearbox or the new 7-speed DCT automatic. An important model for Hyundai

Tony Whitehorn, President and CEO Hyundai Motor UK said “Alongside the i10, the i20 played a significant part in kick starting Hyundai’s growth, with over 125,000 i20’s sold in the UK since the first generation was launched in 2009. Whilst the small car segment has been a challenging place for all manufacturers over the past few years, we expect the New i20 to build on its predecessor’s solid and stable sales performance by offering customers the mix of connectivity, safety and efficiency that they demand”.