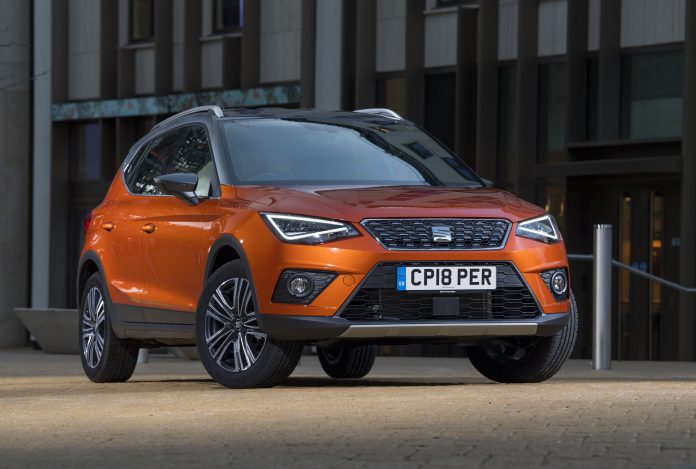 No, not that kind of penny. No, instead, Spanish brand SEAT has announced a special edition of its Arona. It’s called the Arona Copper Edition and it’s unlike any SUV. This is because it’s coin operated – a lot like those little cars you see outside a supermarket.

In For A Penny…

They’ll be no key to start the Arona Copper, instead you will need to dig out one or two pence pieces from your change purse. Once you’ve done that, you’ll need to slide them in to the slot located near the gear lever. The reason for this bold move, comes after research that has revealed that the average person carries £12.70 in loose change, and that if the government scraps 1p and 2p coins, there will be 15 billion redundant pieces of copper.

What else does have the Arona Copper have though? Well it features Eclipse Orange paint work, 17″ alloys, as well as plenty of tech as standard.

Rhea Sonible-Price, product manager at SEAT UK commented: “Research shows that some of our customers are understandably brassed off that copper coins could disappear forever, but here at SEAT we’re convinced there’s a new lease of life to be had for these little bits of history as part of the workings of a cutting-edge, modern car.

“Arona already boasts highly competitive running costs, but pound-for-pound there’s little to touch this latest edition of our fabulous crossover in terms of style, value and economy. Although coin-driven, there’s no compromise on power, security or the Arona’s impressive driving ability. There really isn’t a better way to spend a penny when it comes to buying a new car.”

Think this story is too mad to be true? Well you’d be right, as this is an April Fools joke from SEAT themselves. 10/10 for creativity.