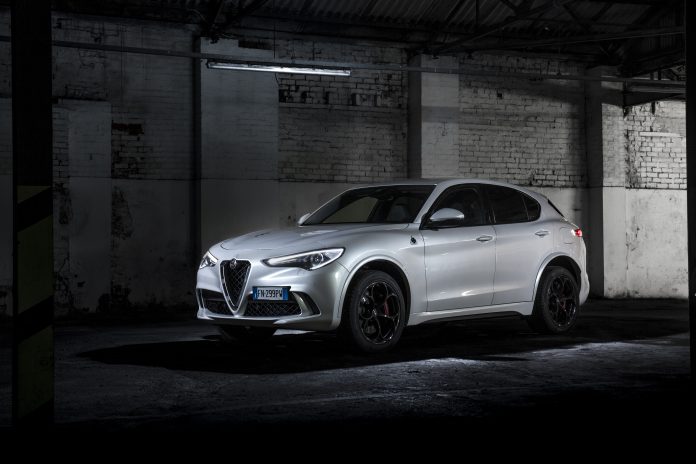 Alfa Romeo has made quite the splash with its new – and first ever – SUV, the Stelvio. Named after one of the best driving roads in the world, Alfa Romeo has released prices for a version which ought to do pretty well on such a road, the new Stelvio Quadrifoglio. It won’t be without competition though, as it’s entering a market that already contains the likes of the Range Rover SVR, the BMW X3 M and the Porsche Macan Turbo.

Needless to say then, it’ll have its work cut out, but if it’s anything like the Giulia I tested recently, then it’s bound to be quite something. That’s just as well then, as it will set you back a cool £69,500, which is roughly on par on its rivals, although it’s worth mentioning that the SVR is getting on for £100,000. What does the Stelvio Quadrifoglio offer though?

Speed, And Plenty Of It

This may be a high riding SUV, but it shares a lot of components with its Giulia counterpart. The most important of which is a 2.9 litre bi-turbo V6 engine that offers no less than 503bhp with 600Nm of torque. This means that this practical family car is able to shoot to 62mph in a sports car-challenging 3.8 seconds and it will max out at almost 180mph. This makes it the fastest car in class, which means any owner will get full bragging rights. Well that is until another brand brings out a faster model that is. This power is fed to Alfa’s Q4 all wheel drive system via an eight-speed auto. The S.Q. also has torque vectoring for better grip when cornering, and it offers different driving modes to suit the mood of the driver. Although the car offers all wheel drive, in normal driving the car car will be full rear wheel drive, and the front wheels will only be called upon when absolutely necessary.

What Else Does It Offer?

As well as a big bundle of Italian power, the Stelvio Quadrifoglio offers pumped up styling, 20″ alloy wheels, sports exhaust and bi-xenon headlights. Climb inside and you’ll find plenty of leather with trimmings of alcantara and carbon fibre – naturally. There is also a 8.8″ infotainment system that has navigation as well as smartphone connectivity. The new Alfa Romeo Stelvio Quadrifoglio is now available to order with a starting price of £69,500.