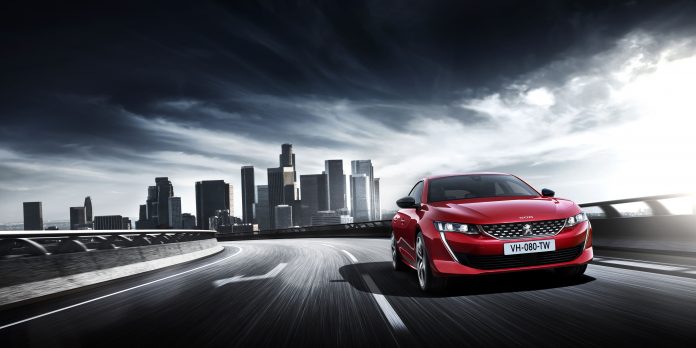 Thanks to the meteoric rise of SUVs, the D segment has been on the decline for quite some time. However, French brand Peugeot is looking to shake things up with its new 508 saloon. It’s been revealed today ahead of its public debut at the Geneva Motor Show, and I have to say, it looks pretty good.

Have a look at the car front on. Go on, have a look. You could be fooled in to thinking this new car is a svelte coupe, but the side profile soon reveals that it’s a practical 5-door. Better still, the doors are pillar-less and if you look further south you’ll note that Peugeot has chosen alloys that fully fit the wheelarches to help give it a sporty flair. As well as striking looks, Peugeot states that the 508 will offer an “exceptional drive” as well as offering a high level of technology. Like other models in the Peugeot range, the 508 will be fitted with the eyeball-pleasing i-Cockpit, which also offers the ‘Amplify’ system that gives two driving characteristics – Boost and Relax. As well as this, there will be a large touchscreen on which of the car’s functions are accessed, so you’ll need to make sure you are a bit computer savvy.

Away from the cabin, you’ll find a boot that offers 487 litres worth of space and at the front you’ll be able to choose  from six highly efficient petrol and diesel engine / transmission combinations, covering 130 to 225hp. Prices and full specification is yet to be announced, but Peugeot has stated that the new 508 will be available to order as of summer 2018.