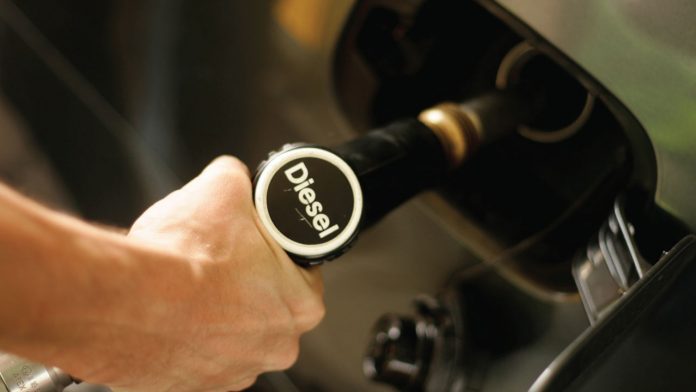 Diesel is on the way out. Cities everywhere want to ban diesel cars and trucks from their centres. Is it fair and what’s next for your beloved car?

It looks like diesel, once hailed as the green alternative to petrol, is on the way out. Thanks to the VW saga, we started to investigate the true quality of diesel emissions. Since then, worldwide pressure to ban diesel is so strong, manufacturers may have little chance to rescue their once popular powertrains. The polluting effect of diesel is clear. It may be lower in carbon dioxide emissions – better for climate change – but it’s higher in nitrous dioxide. In the UK, more than half of roadside nitrogen dioxide levels come from diesel cars and vans. Nitrous dioxide from diesel exhausts can cause serious respiratory diseases. Around 400,000 people die in Europe each year because of air pollution and two of the culprits are diesel-powered cars and trucks.

By 2040, nobody will be allowed to drive a diesel car in the UK, Madrid, Athens, Paris, Copenhagen or Oxford. Those are only the ones we know about now. Many other cities, like Stuttgart and Cambridge, are already hot on their heels:

For the first time since 2009 says European Automobile Manufacturers Association, sales of petrol cars overtook diesel in the first half of 2017.

In the UK in August 2017, diesel’s share was down to 40% of new sales after a slide in the previous 8 months of 11%. At the same time, sales of electric and hybrid cars rose by a third to take a 4.4% share. In fact, a BuyaCar survey in the UK found more than half of current diesel owners are planning to change their car for a petrol, electric or hybrid vehicle.

If the latest UK budget is anything to go by, it’s going to be a lot more expensive to own a new diesel. Most buyers will have to pay from £15 to £520 more in tax for their brand new diesels. For example, Volkswagen Tiguan and Land Rover Discovery Sport will cost a whopping £315 more in tax than a similar petrol car.

Company car tax on diesels will go up from April 2018 and cost 4% more than an equivalent petrol car. Of course, diesel owners are already feeling the pinch on their wallets. London’s toxicity or T-charge of 10 already penalises owners of certain polluting engines including petrol and diesel. This fee will be extended to pre-2015 diesel cars by the end of the decade and, says the mayor, the charging zone will grow ten times bigger. This all goes on top of the £11.50 congestion charge.

During 2019, parts of Birmingham, Leeds, Nottingham, Derby and Southampton will become Clean Air Zones. Owners of a diesel that is over 2 years old may have to pay a £10-a-day toll just to drive through these cities.

Of course, diesel manufacturers are not particularly happy with the prospect of losing their lucrative markets. Volkswagen, Daimler and BMW recently agreed to a “software upgrade” of over 5 million diesels in Germany. But they are not keen to invest more than they have to to appease environmental concerns.

Meanwhile, Jaguar Land Rover says the battle against diesel will just make it harder for the company to meet tough European CO2 targets set for 2021.

A spokesperson at Renault said during 2017, somewhat understated perhaps, that the outlook for diesel investment had “dimmed”. He said “tougher standards and testing methods” would eventually force diesel “out of the market”.

Interestingly, the pressure to ban diesels seems to be mainly in congested and polluted cities. There are currently no plans to come down hard on diesel vehicles travelling on motorways (when they are more economical). This might explain why some commentators think the bigger diesels will survive, while the smaller ones metamorphose back into petrol engines.

Whether or not this development is fair depends on how you look at it. It’s fair to promote healthier, cleaner cities and to penalise pollution. But it’s not fair to blame owners of diesels, who simply went along with what they thought was the cleanest option.

What do you think?