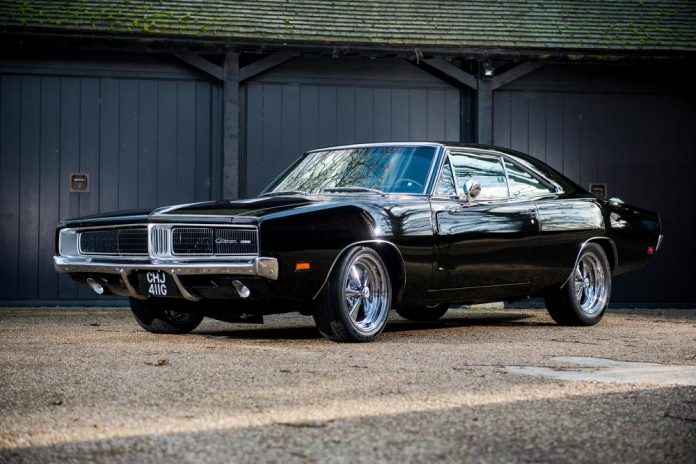 Earlier this year, Ford announced a special edition of its new Mustang to commemorate the 50th anniversary of the hit film Bullitt. However, what if you fancy the baddie’s car, the Dodge Charger? Well, Silverstone Auctions will be able to offer you just that. Sort of. I say sort of because what we have here is a 1969 Charger, which may not be the one used in the movie, but is to the same specification.

That’s Not The Only Movie Connection

It may not have been in a movie, but it has had a movie star in it. More specifically, Die Hard star and all-round action star Bruce Willis. He owned the car for 10 years after his first wife, actress Demi Moore, bought it as a present. As presents go, that is certainly not bad. Fitted with a muscular – but also thirsty – 8.2 litre V8 engine which is mated to an automatic gearbox with a whopping 3 speeds! Yes, three! Speaking of speed, the power output has not been stated, but the engine should run like a dream as it’s been rebuilt for a cost of a mere £25,000. So the car may be an old-timer, but it should still be able to give a ‘White Knuckle Ride’ and it ‘Feels Just Like It Should’, which brings me very nicely on to the next – and current – owner.

If those two references haven’t given you another clue, let me give you another, he rather likes a hat. Of course, it’s Jamiroquai front man, Jay Kay. He purchased the car from Willis back in 2008 and then imported it to the UK. It was then in 2014 when the aforementioned engine rebuild took place. However, after owning the car for a decade, Jay Kay has decided to provide this stunning Charger for auction, which has an estimate of £50,000 to £60,000.

It will go under the hammer at Silverstone Auctions’ sale at Race Retro Classic Car Sale, which takes place on the 24th of February. This will be the first time that this car has been offered for sale publicly in the UK, and who knows when it will be available to buy again?

Nick Whale, managing director at Silverstone Auctions, said: “What can we say about this amazing car! Aside from the fact that it has been enjoyed by two massive global mega-stars – Bruce Willis and Jay Kay – it is also an unbelievable example in its own right.

“Indeed, its star-studded celebrity past will attract interest from bidders around the world, who will also appreciate that it is one of the best examples of a 1969 Dodge Charger ‘Bullitt’ spec model currently available to buy.