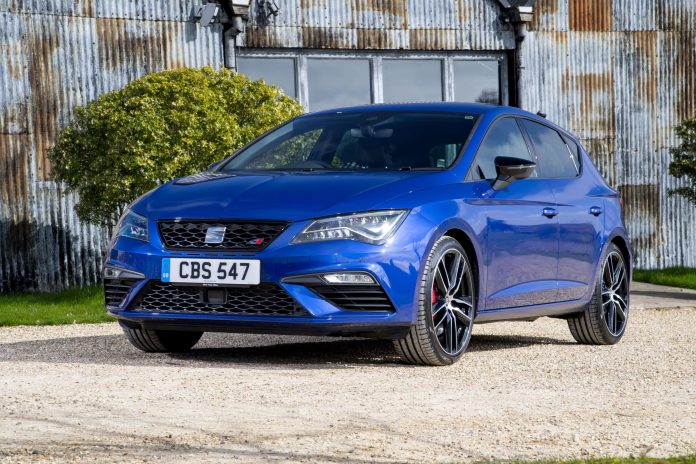 As you may know, I’m a big fan of hot hatchbacks. There are many reasons for this, but like many drivers, one of the biggest appeals is bang for buck. The only problem is that quite a few of today’s hot hatches are actually a fair bit of money – especially the savage Audi RS3. To address this, SEAT has added more value to its Leon Cupra 300 range, offering savings up to £1,945.

As well as a saving, any Leon Cupra 300 models built from now will feature a ‘Digital Cockpit’ – the first SEAT model to do so. For a brand that has been applauded for its use of technology in recent years I’d say it’s about time this feature as added. Like Audi’s ‘Virtual Cockpit’ and VW’s own ‘Active Info Display’, the Digital Cockpit will have different modes and will be customisable.

Going back to the savings though, the DSG models have been brought in line with their manual counterparts, meaning you won’t have to pay more for an automatic gearbox. You will still have to pay a bit more for all wheel drive in the case of the Sports Tourer model though. The SC (three-door model) gets the biggest saving with £1,945 whereas the five-door and the Sports Tourer both get a saving of £1,905. There’s one more thing too – yesterday the Spanish brand announced that the Cupra name is to become its brand. This also means it receives its own logo, which is shown below. SEAT is yet to release any further details as of yet, but Cupra will receive its full debut on the 22nd of February and shortly afterwards, the first models will be introduced to the public. Is there room for an Ibiza in there? Let’s hope so…