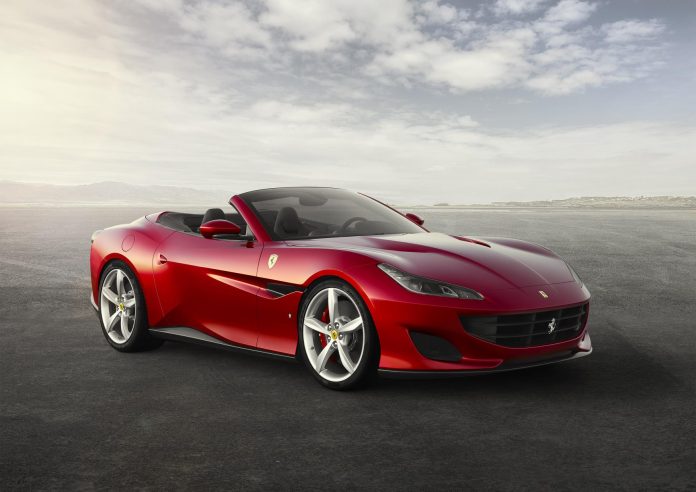 The Ferrari California. Some will say it’s a poor man’s Ferrari as it was the cheapest car in the Italian brand’s range, but it is still a Ferrari. That means you got that infamous prancing horse, plenty of heritage and of course, bragging rights. That car is now dead though, as it makes way for the new Portofino.

Well the name for one. Ferrari chose ‘Portofino’ after the Italian town which is known for elegance, sportiness and luxury. Even the paintwork has been named after the town – Rosso Portofino is the colour that adorns this car. The all-new chassis has saved weight compared to the California, but the turbocharged V8 stays. This is an engine that won engine of the year in both 2016 and 2017, but it offers 39 more hp. This means you’ll be able to enjoy a total of 592hp, meaning it will hit 62mph in 3.5 seconds and the top speed is 200mph. This makes the most powerful convertible to combine the advantages of a retractable hard top, a roomy boot and generous cockpit space plus two rear seats suitable for short trips. There is of course more to the Portofino than brute force.

An electronic rear differential is installed, which will work with F1-Trac, to improve both mechanical grip and the control of the car on the limit. It’s the first GT in the range to be fitted with electric power steering, which may sound like a bummer, but it’s allowed the Ferrari engineers to make it more responsive, which can only be a good thing right? The damping system has also been uprated to help reduce roll as well as improve shock absorption – ideal for awful UK roads. The new Portofino will also be home to features such as a 10.2″ touchscreen display, a new air-conditioning system, new steering wheel, 8-way electrically adjustable seats with a new backrest design that boosts legroom for rear seat passengers. Last but not least, there is a new wind deflector, cuts airflow in to the cabin by 30% – when the top is down of course – and it also reduces aerodynamic noise. The new Portofino will get its pubic debut at the Frankfurt Motor Show, which takes place next month.