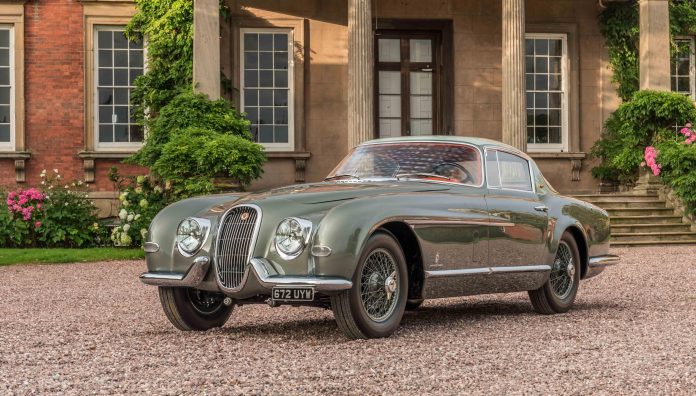 Quite some time ago, I wrote about a very rare, one-off Jaguar XK120 that had been designed by Pininfarina. Well, after a lot of hard work and a job that took 6,725 hours to complete, this special Jag is complete. Classic Motor Cars was the company in charge of getting this 1954 model back to its former glory, and I think it’s fair to say they smashed it.

The car was seen by the public for the first time as the Pinin XK120 was unveiled at the prestigious Pebble Beach Concours d’Elegance in California. As you would expect, the car was well received by those that attended the show and finished second in class 0-2 Postwar Closed.

What Does CMC Think?

Peter Neumark, Chairman of the Employee Ownership Trust that runs CMC, said: “A great result! It was a privilege to take the cover off this long-lost Jaguar at one of the most important Concours in the world.” He added: “The car was admired all day and we are delighted to be bringing a trophy home as a further testimony to the skills, dedication and attention to detail that we have in our business.”

But what about the car itself? What is its history? This one-off, Pininfarina-bodied Jaguar XK120 was originally bought by Austrian-born US importer Max Hoffman. He was a petrol-head who inspired the production and refinement of several vehicles from the main manufacturers, which earned him entry into the Automotive Hall of Fame in 2003.

Classic Motor Cars acquired the car from its former owner from Germany, who had bought the car in 1978 with the intention of restoring it himself. This never happened though, so it Classic Motor Cars picked up the baton many years later and what a splendid job they have done. The car has received a complete overhaul, both inside and out, including new bumpers, body restoration, engine/gearbox rebuild and refurbished suspension.

David Barzilay, Chairman of CMC’s operating board, said: “There is little trace of the car’s history, but we are certain that Hoffman was the supplying dealer, then first owner of the car and that there was only one XK120 by Pininfarina produced, which makes this one of the rarest Jaguars in existence.”

“Some of the original parts were impossible to find so we had to remake items such as the bumpers and chrome work by hand from photographs. We had to scan the front and rear end of the car and make mock ups of the lights, which were then scanned and 3D printed. Smaller missing parts were also 3D printed in-house. The rear window was missing so we also had to scan the window aperture and have a new rear screen made from the scan data.”