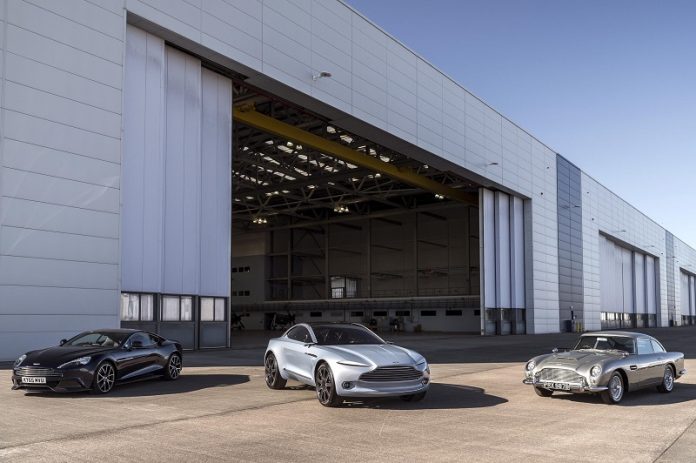 Earlier this year you may have read the news that Aston Martin is to build a brand new facility in Wales. This is part of the company’s next steps to build cars such as the brand new DBX, the brand’s first SUV. Today the British luxury firm has confirmed it has begun ‘Phase 2’ of its St Athan build, which is being carried out by local firm T Richard Jones.

One of the key parts of this process is to convert three ‘Super Hangars’, which were previously used by the Ministry of Defense, in to a facility fit to produce cars such as the DBX as of 2019. The new plant will offer 750 new jobs, 40 of which have been filled already with staff already hired and trained in the brand’s plant in Gaydon. Aston Martin President and CEO Andy Palmer commented: “This is yet another step on our journey in Wales, with the facility now starting to take shape. TRJ have proven themselves during ‘Phase 1’ and we look forward to working with them over the course of this next phase of the project.”

First Minister of Wales, Carwyn Jones said: “Our decision to open our Sell to Wales procurement channel to Aston Martin was designed to ensure that businesses right across Wales feel the benefit of the company’s decision to locate here. “I am so pleased that Ammanford based firm TRJ have been successful in winning the contract for the next phase of construction of Aston Martin’s manufacturing facility at St Athan. This is exactly the sort of outcome we had hoped for and I look forward to seeing more Welsh businesses benefitting in the coming months.”