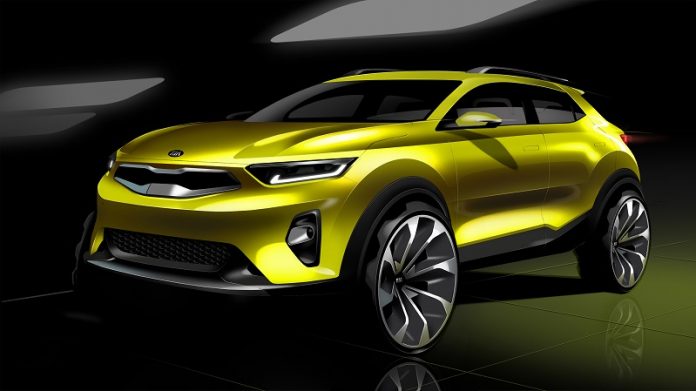 Today, Korean brand Kia has revealed its new B segment crossover – the Stonic. Not a great amount of details have been revealed so far, but Kia has described this new model as “An eye-catching and confident compact crossover with true European design flair”. As is the way with current style-concious SUVs/crossovers, the Stonic will feature a sweeping roofline on top of which sits uniquely designed roof rails.

Kia also states that the Stonic will bring compact dimensions and a low centre of gravity to its class, so in theory we should be getting a car that handles well and don’t lean on to its door handles every time you tackle a corner. No pictures have been revealed of the inside as of yet, but the Korean brand has promised that the cabin will have a European flavour to it as well as offering the latest in technology and a ‘floating’ infotainment system.

We will need to wait for more details, but what is confirmed is that the Stonic will sale later this year, with prices yet to be announced.