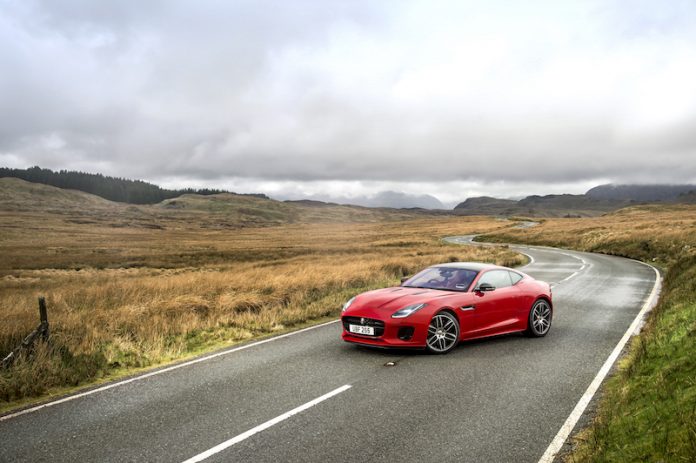 I’ll admit, I’m a little bit behind with this one, but this is an article I’m still rather keen to write. Purely because I’m not quite sure how I feel about a four-cylinder F-Type. However, it’s worth noting that the 2.0 litre petrol unit used in this new model is the most powerful four-cylinder engine Jaguar has used in a production car. Just How Fast Is It?

300PS is on offer here – that’s 296bhp in Queen’s English – as well as 400Nm of torque. Not too shabby for a 2.0 litre unit if you ask me. It may not be as powerful as the other F-Type models, but it’s still capable of hitting 60mph in 5.4 seconds, before racing to a top speed of 155mph. This power is mated to an eight-speed automatic gearbox, and it looks as if there will be no option for a manual ‘box. Because the engine is smaller it also means that it’s more fuel efficient and friendlier to the environment. It’s 16% more fuel efficient than its V6 counterpart and predictably, the CO2 emissions are lower as well – 163g/km to be exact. The car has also been engineered in a way whereby the car takes less time to warm up, which also helps with fuel efficiency. Oh, and it’s also 52kg lighter, which will also help you spend less time at the petrol pumps.

So then, this is pretty much a Jaguar F-Type that is more accessible and cheaper to run, but I’m not sure on it’s starting price. When it goes on sale Jaguar will ask you to cough up £49,990 and in my personal opinion I think that’s too much. I love the styling of the F-Type, I think it’s a truly beautiful car, but you could get an Audi TT for less and get change.

Ok, Audi’s 2.0 litre TFSI cannot offer as much power and it won’t be rear wheel drive, but the TT is by no means a bad car. Ok, you’ll have people making constant hairdresser jokes, but the money you saved could make it worthwhile. So then, what are your views on the new baby F-Type? A worthy addition to the range, or a case of too many cooks?