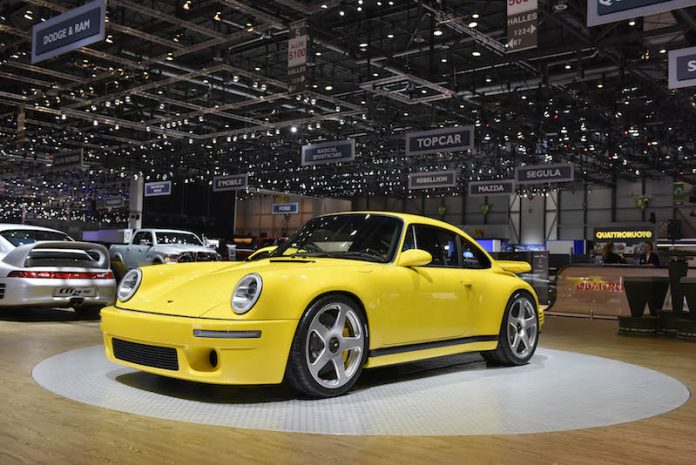 The car you’re looking at may not look like a brand new model, but I assure you, it is. This is the new RUF CTR, which received its debut at this year’s Geneva Motor Show. Finished in yellow of course, to celebrate the original CTR launched in 1987. This was 30 years ago of course, so just 30 of these will be produced.

Fitted stubbornly at the CTRs rear end is a 3.6 litre flat-six engine that develops a whopping 700bhp and 880Nm of torque. This power is satisfyingly linked to a six-speed manual gearbox, which is able to propel the 1,200kg supercar to 62mph in less than 3.5 seconds and then on to a top speed of 223mph. 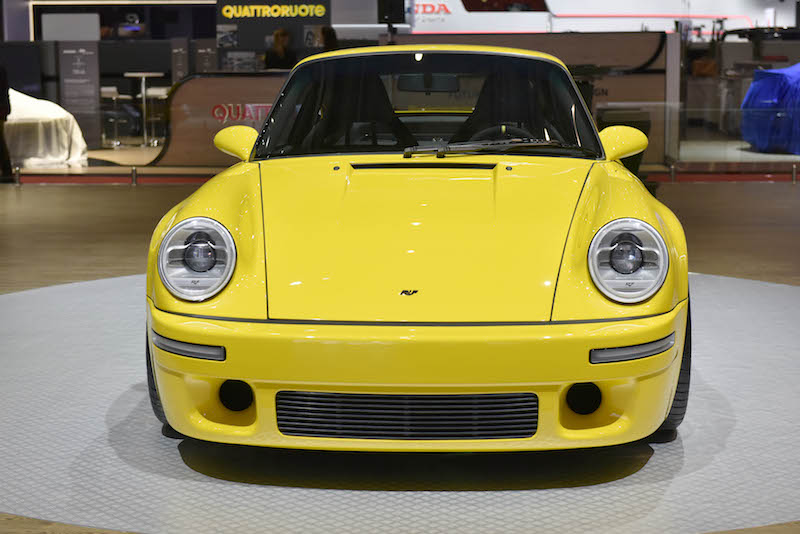 The CTR is first RUF car that has been fully designed and engineered by RUF, plus its the first car to feature a rear-engine carbon fibre monocoque chassis. The car’s skin is also made from carbon fibre, which helps to keep the car light, but also strong. Double wishbone suspension is also installed in the new CTR to give a high level of handling – perfect for a car like this.

RUF says that the inside will give a minimal feel, which is why they probably didn’t bother putting a picture on the press release. Instead you will need to use your imagination, if you can handle that of course. Inside there are seats made from carbon fibre, but thankfully they will be trimmed with leather, so it won’t break your back. Details such as aluminium pedals, three-spoke steering wheel and dials with green font. 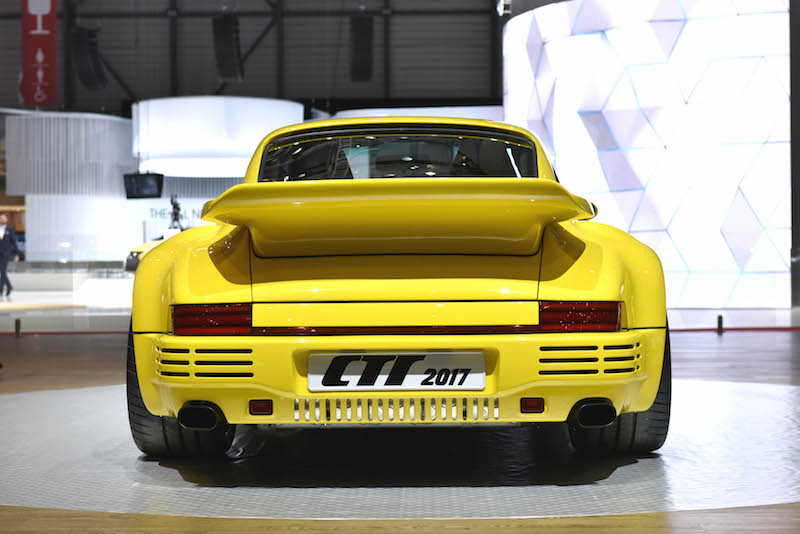 “The concept for the 2017 CTR is one that I have had in my head for a very long time,” said Alois Ruf, President and owner of RUF Automobile GmbH. “We have been waiting for the right point in our history to build our own car and the 30th anniversary of the CTR ‘Yellow Bird’ is that moment.”

The new CTR will start production with just 30 models available.