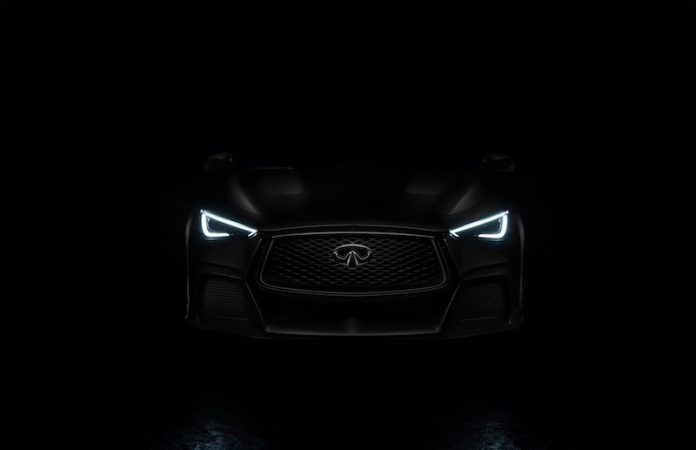 Ok, I’ll admit – that picture leaves A LOT to the imagination, but somewhere in the darkness lies Infiniti’s new ‘Project Black S’.

Described as a “radical reinterpretation of the Q60 coupe” by the Japanese carmaker, the Project Black S will represent a high performance model with F1 inspiration. That very same inspiration comes from the RenaultSport Formula One race team, which has joined forces with Infiniti for this new model.

The Project Black S, which is to be unveiled on the even of the GMS, will be powered by a hybrid powertrain featuring an Energy Recovery System (ERS). The system will use technology from Formula One, which is yet to be installed in to a road car, so as you can imagine there is quite of bit of excitement surrounding the mysterious car.

Roland Kreuger, president of Infiniti commented, “INFINITI is the premium car manufacturer within the Renault-Nissan Alliance, and a technical partner to the Renault Sport Formula One Team, so it is natural that we come together to explore the possibility of bringing innovative high-performance hybrid technology to our customers. INFINITI has constantly led the way in making innovative new powertrain technology available, and we’re extremely excited by the potential of Project Black S.”

Details are thin on the ground at the moment, but more should be be know by this time next week once the car gets unveiled in Geneva.