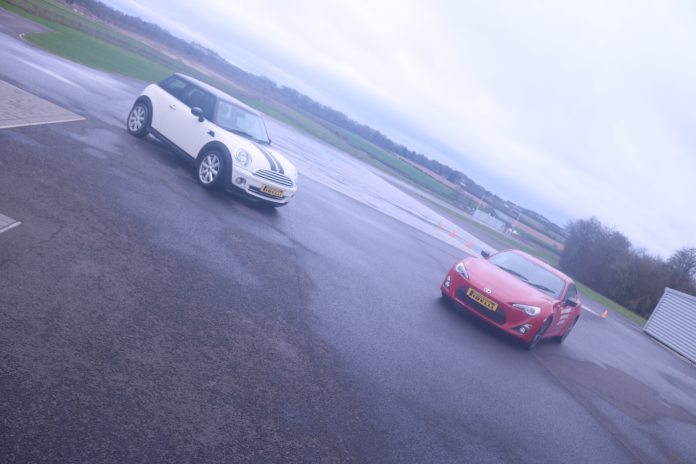 So you may have seen recently I hit not one, but two skidpans, and it got me thinking – should every driver experience this? It’s not that often we have icy/snowy roads, not in the south of the nation anyway, but is the average driver really prepared for such conditions?

We live in a nation that comes to a virtual standstill when there is a dusting of snow. Let’s put it this way, when it snowed earlier this year Heathrow airport cancelled 85 flights before a single flake fell. 85! Anyway, I feel I may be digressing here, what I’m trying to get at is sometimes we do happen to encounter snow and ice on the roads. This is even more crucial as many will ditch the cancelled public transport in favour for a car in poor conditions. This means there are more cars on the road, and because many are unexperienced, we end up with herds of drivers travelling at a speed that even James May would consider slow. They’re also hesitant, which makes them more dangerous than they may realise.

So going back to my original question – should ever driver experience a skidpan? This kind of thing is taught as as part of learning to drive in Scandinavia and although conditions are much more adverse in that part of the world, I do feel it makes sense.

Skidpans Are Fun But Also Educational

Being on a skidpan is a great opportunity to really learn proper car control which could be life saving, plus who doesn’t want to slither about as if you’re driving on ice? Whether it be front wheel drive or rear wheel drive, a skidpan will show you how a car reacts when the grips runs out. This is bound to come in handy when your local roads haven’t quite been gritted properly. Now I’m not saying this should necessarily be compulsory as part of the UK driving test, because I feel that would be overkill. Plus the chances are most drivers wouldn’t need that kind of practice. However, it could be something included as part of the Pass Plus scheme, the scheme that allows new drivers to further hone their skills as well as bringing down their insurance premiums.

I believe this is an interesting topic because I feel skidpans should be every driver should experience, but I feel making it a compulsory skill to learn as part of passing your test could be counterproductive. Mainly because you would need to re-build the infrastructure of the driving curriculum, plus you would need to also to have the facilities and instructors to support this.

On the flip side though, I don’t a know great deal of people that have taken the option of the Pass Plus scheme, so the skidpan inclusion may not be worthwhile. Or…it could draw more people in, because who doesn’t want to learn car control on a slippery surface?

I personally think it’s a good idea, but finding a way to fit the concept in to its appropriate place could prove tricky. So what are your thoughts? Should skidpans be somehow squeezed in to the learning to drive process, or is is simply a skill most of us will never need? Write what you think in the comment section below.