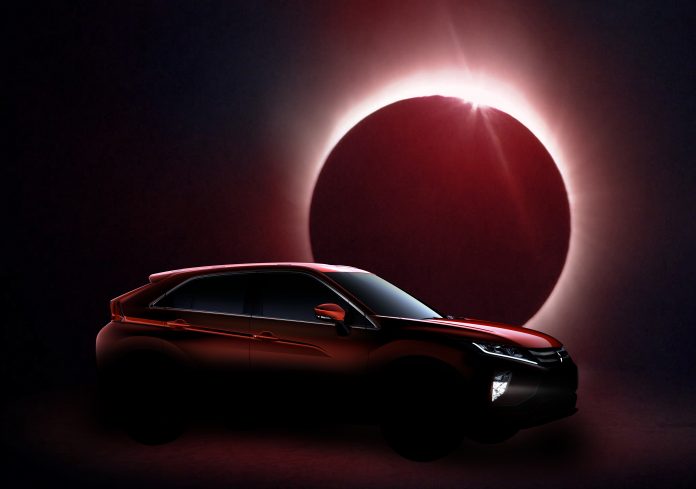 Remember the Mitsubishi Eclipse; it was one of the pimped up cars in 2Fast 2Furious and it was a sporty coupé produced between 1989 and 2011. Roll the clock forward and the Japanese carmaker has brought the name back – sort of.

Mitsubishi teased the new SUV a few weeks ago, which at the time was unnamed. Now though, the new SUV which will sit alongside the ASX and the Outlander has been given its name ahead of its unveiling at the Geneva Motor Show. It’s called the Eclipse Cross and the Eclipse part of the name is by no means a coincidence. It’s a deliberate nod to the former sports coupé made by the brand and the reason for this is because this SUV features coupé-like contours. Two further pictures have been released by Mitsubishi but the details still remain hush-hush and are likely to until the world sees it in full at Geneva next month.

The brand did however say, that the Eclipse Cross will “introduce a whole new audience” to Mitsubishi so it looks like it will have something that the Outlander and the ASX can’t offer. What that may be is unknown though, at least for the time being…