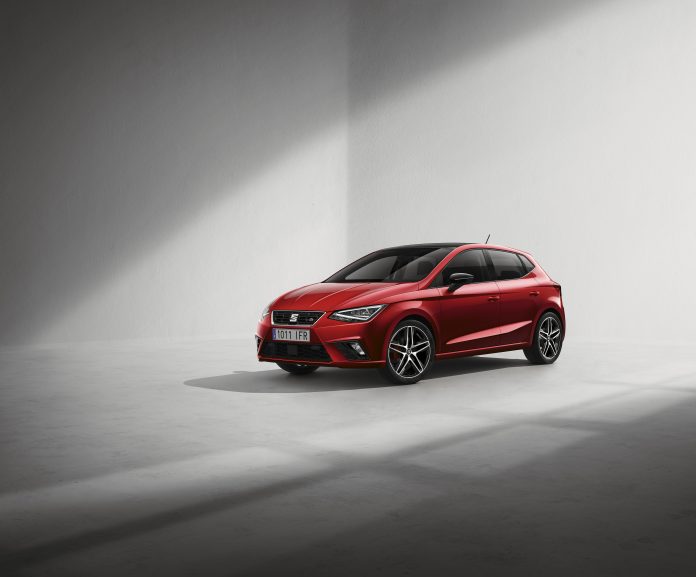 This is the first article of the new site and quite fittingly it’s about the new SEAT Ibiza – I have a SEAT Ibiza in case you didn’t know. Mine is over a decade old though, so let’s focus on the here and now – the fifth Generation.

Honey I Shrunk The Leon

One of the first things you’ll notice about the new Ibiza is how similar it looks to its older brother, the Leon. Not that this is a bad thing of course as I think the Leon looks fab, but I would have wanted a bit more ‘identity’ from the new model. If I have to be honest I’m not a massive fan of the rear though, it looks out of proportion to me. Anyway, enough of my opinion, let’s get cover what the new car has.

One of the key things to come from the new Ibiza reveal is that the new model is to be built on Volkswagen Group’s MQB A0 platform – the first VAG car to do so – meaning more space inside. This is mainly because the new car is a whopping 87mm wider although it is ever so slightly shorter and lower. Fans of three door models will be disappointed though as the new Ibiza will come with five doors only, much to my surprise.

On the plus side it does make the car more practical from the get-go and once inside you’ll be able to take advantage of the extra room inside. Occupants will find 25mm more headroom in the front with an extra 17mm extra in the rear. The rear legroom has also been increased by 35mm which may not sound like a great deal but you’ll certainly notice it once you’re inside.The boot is now class-leading thanks to a 63 litre increase, taking the total capacity to 355 litres. The new Ibiza also gets more tech – features such as wireless phone charging and smartphone integration can be found, plus there is even an amplifier to make your mobile signal better. Other toys include an 8-inch touchscreen, rear facing camera, Beatsaudio sound system plus a new generation of front and rear parking sensors. Other tech features include features such as Front Assist, Traffic Jam Alert, Adaptive Cruise Control and Keyless Entry System.

There will be four trims available including the sport FR trim and the refined XCellence trim, which will be priced the same and sit about the Reference and Style trim. Engine choices include a 1.0 litre three cylinder petrol which is offered in 94bhp and 113bhp guises, with a 1.5 litre following on later in the year. A 1.6 diesel engine is also available, which can be specified in one of three power outputs – 79bhp, 94bhp and 113bhp. There is even a 1.0 litre compressed natural gas option available, thanks to that new MQB A0 platform, producing 89bhp. This engine will be mated to a 5-speed manual, as will all the other engines producing 94bhp or less. Anything over that will receive a 6-speed manual although a 7-speed DSG automatic ‘box will be available too.

The new Ibiza will go on sale in June with prices yet to be confirmed.