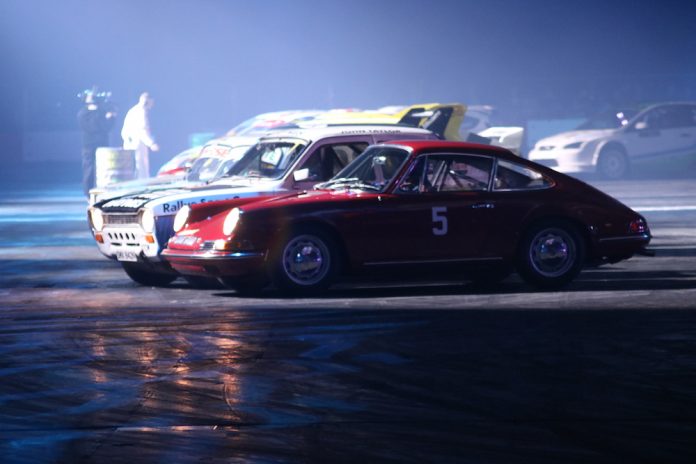 Good Morning everyone! Sorry for the lack of activity over the weekend, I was busy attending Autosport International and what a show it was. I barely know where to start – there were so many wonderful cars there and so, so much to see. I did much walking throughout the day and by the day my FitBit must have wondered what on earth I had been doing all day; checking out some awesome cars, that’s what!

My Fitbit and my trainers weren’t the only things that saw plenty of action though, my camera was in constant use throughout the day and I took more snaps than a tourist in London. I took around 500 in fact, so choosing which ones to include in galleries below was rather tough. I had to be ruthless with my decision so I hope you enjoy them!

Wanna see the show in action? Then check out these two videos on the Car Obsession YouTube channel.

Another area of Autosport International also have a live action arena where the Performance Car Show took place. This was an hour long show which contained tortured tyres, plenty of noise and a decent variety of cars. Motorsport presenter David Croft looked after proceedings with famous YouTuber Shmee150 also making an appearance in his McLaren 675LT Spider. The audience was treated to rallycross cars, dirt buggies, stock cars and a few classics thrown in. I have to say I felt very privileged to get trackside access, meaning I was so close to the action, bits of rubber from Liam Doran’s tyres sprayed in to my face!

Back to the halls

After savouring the live show – and the tyre rubber – I decided to rest my feet in the media section as I stocked up on some tea and biscuits. It was also a good opportunity for me to meet up with the Motor Verso guys and have a light chat with them. Motor Verso is the other site I write for, check it out if you haven’t already. Once I was rested, I mad one final assault on the halls and pounded my trainers once more.

This time I headed to hall 19 as I was keen to have a look at the new Avatar Roadster, plus have a cheeky gander at Shmee150’s new car, which has divided opinion in regards to the colour combination. Mr JWW was also there with his rather bold orange McLaren and was offering meets and greets for his fans. I also stumbled across a Porsche which was used by Richard Hammond in his Top Gear era, which was up for auction.

That was a pretty good note to end things on so it was then a rather lengthy walk back to the car before setting back on the long journey back to South London. I was glad to get home though as I had been up since 5am and had spent around 7 hours at the NEC for the event.