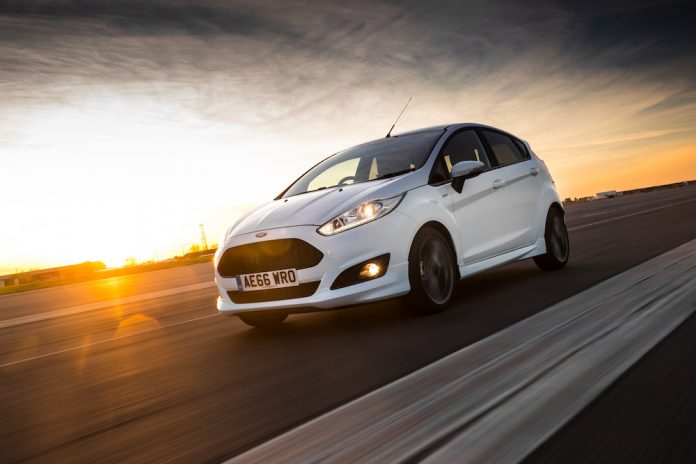 2016 may feel to start like a distant memory but let’s have a quick recap on the cars that ruled the roost last year. Figures from the Society of Motor Manufacturers and Traders have revealed the best selling cars last year and surprise, surprise, the Ford Fiesta reigned supreme. In fact it trounced its competition; a total of 120,525 units were sold, which completely dominates the second placed Vauxhall Corsa which shifted 77,100 units.

The Fiesta wasn’t only the success story though – the UK new car market continued to grow, with a total of 2,692,786. This is a 2.3% increase on 2015 which may not sound like much but it continues to grow steadily since 2011. This is even more impressive when you bear in mind that car sales saw a decline in December last year.

Going back to the cars themselves, Ford was able to get another model inside the top three, this time it was the Focus. SUVs have become increasingly popular in Blighty yet only one was able to make it in the top 10 best selling cars and there’s no prizes for guessing which one it was. Yes, it was of course the ever-popular Nissan Qashqai, which came in fifth place with a total of 62,682 models sold.

Come to think of it, virtually the whole of the top 10 is made of hatchbacks, proving this genre is still the most popular in the UK, but there was still space for the Mercedes C Class. The German brand was also to sell 44,184 models, earning a respectable ninth place. Mike Hawes, SMMT Chief Executive, said, “Despite 2016’s political and economic uncertainties, the UK’s new car market delivered another record performance as car makers offered an incredible range of innovative and high tech models. 2017 may well be more challenging as sterling depreciation raises the price of imported goods but, with interest rates still at historic lows and a range of new models arriving in 2017, there are still many reasons for consumers to consider a new car in 2017. Looking longer term, the strength of this market will rest on our ability to maintain our current trading relations and, in particular, avoid tariff barriers which could add significantly to the cost of a new car.”