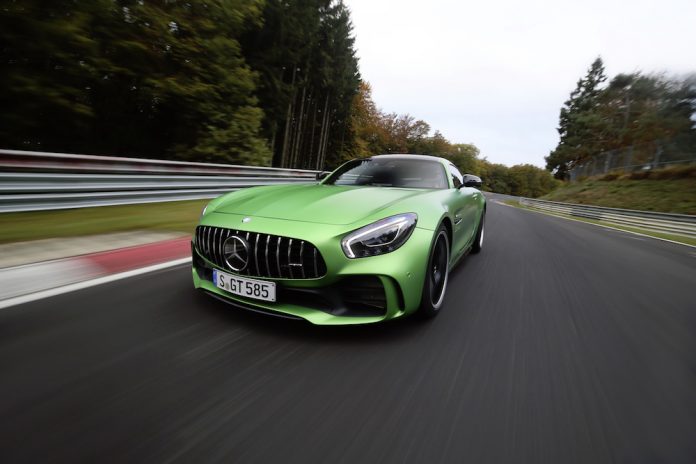 The Mercedes-Benz AMG GT-R is quite possibly one of the most aggressive cars I’ve seen all year; it has many bulges and is about as wide as the berth I’d make around a ‘chugger’ on the high street (no offence). Don’t forget that simply massive 15-spoke panamericana grille which features the famous three-pointed star, which is bigger than most dinner plates. You get the idea, the new AMG GT-R is as mean as it is fast. ​​I’m sure you’ll agree that is still a properly quick time though, which puts the German supercar in the top 10 of the fastest production cars to have taken on the Nurburgring, number 7 in fact. The Radical SR8LM holds the top spot in case you’re wondering, with a time of 6 minutes 48 seconds dead.

The test was conducted by German motoring magazine sport auto and in fact the AMG GT-R has turned out to be the fastest road-going rear-wheel drive sportscar it has ever tested so I’m sure Mercedes will take great pride in that. If you fancy seeing the flying lap for yourself, check out this video.