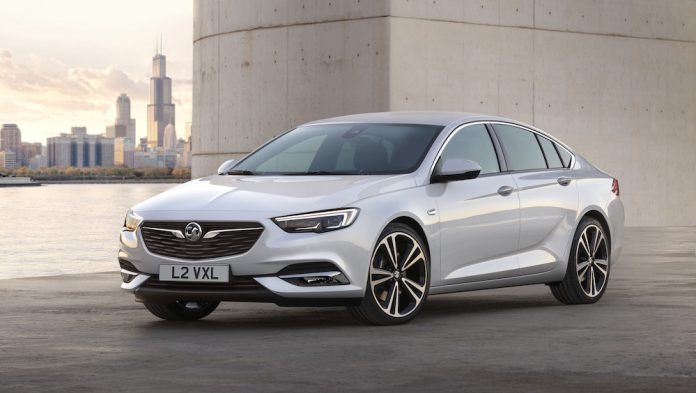 Vauxhall has very much become the theme of today, this time though, it’s the new Insignia that’s being covered. Weirdly it’s actually know as the Insignia Grand Sport but it won’t actually be badged as that, it will just wear an Insignia badge as normal. I didn’t drive it today but the new forthcoming model has been revealed to the world and it looks pretty sharp if you ask me, but what’s different?

Whilst I was at the Vauxhall test day today the Vauxhall team were keen to stress the brand had addressed the issues that had be raised on the outgoing model such as the weight efficiency and space in the rear. To combat this, the new Insignia is up to 175kg lighter (depending on model) than the outgoing model but it’s also larger too. It’s an impressive 92mm longer and 11mm wider. It will offer a sportier touch though as it’s 29mm lower and the driving position is 30mm lower as well. Thanks to its lower height the Insignia has one of the best aerodynamic profiles in class.

The Insignia has also been treated to some new tech too; including a new all-wheel drive system, new 8-speed transmission and LED lighting. The OnStar system is also available in the new model and is able to offer services such as location services, automatic crash response, car diagnostics and even hotel reservations!

Going back to some of the other technology mentioned though; the new all-wheel drive features torque vectoring to make sure the best amount of traction is available no matter what the speed or surface may be. New 5-link suspension and adaptive damping is also on hand to give the new Insignia a more engaging drive.

​​The LED headlights have been uprated to give better distance and are now able to reach distances of around 400m, plus the lights have an improved cornering function, meaning that you’ll always be able to see where you’re going. Other technical features will include your usual mod cons as well as Lane Keep Assist, wireless phone charging and power tailgate.

Engines and prices are still yet to be announced but today Vauxhall proclaimed the new model as its “most exciting flagship ever”. No pressure then…