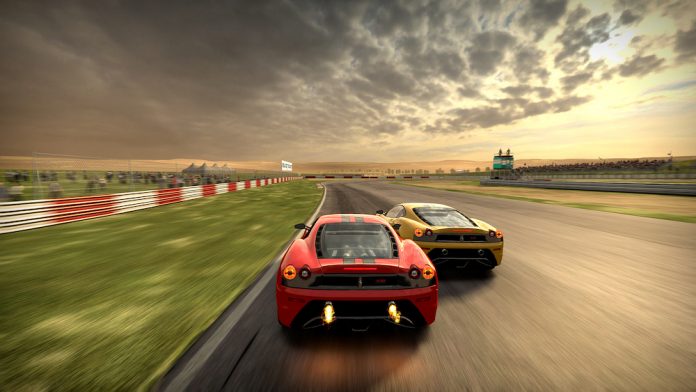 Evening everyone, this is going to be something a little different, but it’s something that has been on my mind on and off for sometime – racing games. Now when was younger I was treated to racing games such as Gran Turismo 3, TOCA Race Driver and the Need for Speed Underground series – games that have become legendary in their own right.

Later in life I enjoyed games like GRID, Dirt 3, Forza Motorsport 3 and Forza Horizon – games that are also very good and were very enjoyable to play. In fact if I could get them on my Playstation 4 I would within a heartbeat. I used to have a PlayStation 2 before I defected to Xbox 360, now though I’m back with PlayStation, in the form of the PS4.

​One of the main reasons for changing back is because I had missed Sony, but I always wanted to get back in the Gran Turismo series. Sadly, after almost 2 years’ of ownership there is no real sign of it and I’m kinda thinking I should have stayed with the Xbox so at least i could play the latest Forza games. But no, I’m still with Sony and I have to say, there is not a great selection of racing games at the moment and as a keen gamer – and driver – I find that disappointing.

Err, what about Project CARS, Dirt Rally and Driveclub?

I happen to own all three of these games and there’s only one of these that full enjoy playing. Have a guess. No, really go ahead, as the answer will probably surprise you. It’s actually Driveclub I enjoy the most; visually it’s stunning and it offers a good blend of simulation and arcade racing, although it’s not perfect. There is content being added to it continually but I feel that the stock selection of cars could be bigger and it’s all to easy to start spending away for more cars/championships.

So Driveclub is not the complete racing game and I’m afraid Project CARS isn’t either. You can tell that ALOT of work, time and knowledge has gone in to this game, but I’ve never felt properly excited when playing it. There’s a good mix of tracks and cars but when you speed a long, there isn’t really a massive sensation of speed and I find the thing a bit too technical for its own good. Also some of the cars are extremely difficult to drive unless you get the setup just so, which I know makes the game realistic, but I don’t want to spend half my time adjusting the dampers thank you very much – I want to race.

​​The same kind of problem can be said about Dirt Rally, this has been a game I have been trying to bond with on and off other the last few months and in all honesty, I’m starting to give up hope. Again, this is a game which is as realistic as possible, and that’s fine, but it’s at a point where it’s too exclusive. A casual gamer will not be able to pick this up and play. Hell no. The AI are almost stupidly to difficult to beat and if you happen to play the Rallycross mode, you’ll find they can be rather violent as well.

This is game which takes practice, it’s an art, you almost feel like you need a pro racing license just to be able to get a few wins in the game. Sure, there’s a tutorial, but it’s all written and it would be nice to see how it’s done visually or to have a proper tutorial where you try it yourself and get some coaching points. But no, you’re left to fend for yourself and you’ll probably find that it take time to master and find some success.

Sadly when you do hit the chequered flag first, you may not be able to fully enjoy the moment as by then you would shouted to the point where you’ve lost your voice and you probably would have broken at least one controller. If you have the time and patience then give this a bash, if you’ll like to scream at the TV when Davy Jeanney wipes you out whilst you’re in first place then you need not apply.

​What about the others?

Other racing games currently include Need For Speed Rivals (too arcadey), The Crew (average reviews), Formula One 2016 (thanks, but I don’t dig F1), Assetto Corsa (again, average reviews). There is are a few others out there including WRC 6 but if it’s anything like Dirt Rally I’m bound to rip the disc out and throw it out the window like a frisbee.

Polyphony Digital needs to pull its finger out and deliver a new Gran Turismo game because the way how I see it, its what PlayStation desperately needs in regards to the car racing genre.

What about Indie games?

With minuscule budgets, one man band development teams and little to no marketing, many fun little Indie games slip through our net. Because of this I have taken the time to research my favourite Indie driving games and bike games.

What are your thoughts? What’s your favourite racer on PS4?