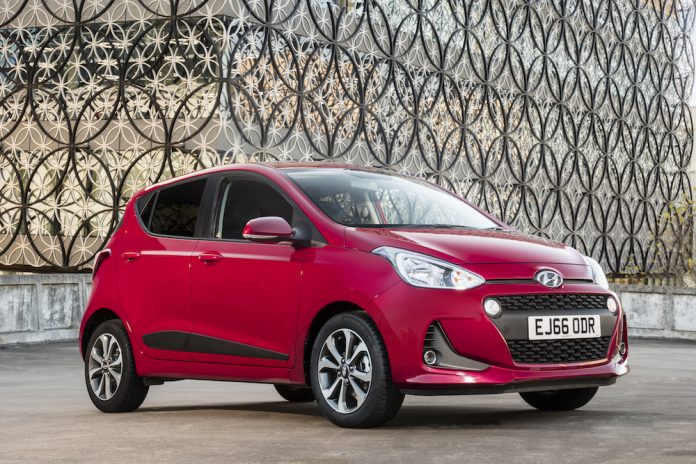 Back in August I wrote about the new Hyundai i10 which as a package look rather attractive; it’s more connected, it’s safer and I think it looks sharper as well. Today the Korean brand has released the prices of the new model and it’s safe to say it’s rather reasonable.

How much? What’s included

The base model starts at £9,250 and for that you will get the S, which I won’t lie is rather basic. In the specification you’ll receive electric front windows, remote central locking and not a great deal more. The SE, priced at £10,500 is more generous though – air conditioning, Bluetooth and DAB radio can be found here along with a choice of three interior trims. ​​£400 more will give you the SE Blue which offers the same as the SE, but with a unique weight saving seat layout that includes four seats instead of five, meaning that the 1.0 litre three cylinder Kappa engine is able to produce up to 70.6mpg, making more frugal than a camel. Cough up £11,680 and for that you’ll get the Premium trim which will give you 14″ alloy wheels, LED daytime running lights, climate control and a leather steering wheel. ​​The range-topping Premium SE builds on the Premium, offering 7″ touchscreen with navigation and DAB radio along with smartphone integration to make the new i10 more connected than previous models. ​​There will be a choice of two engines in the new i10 – a 65bhp 1.0 litre petrol or a 86bhp 1.2 litre petrol, which can either be mated to 5-speed manual gearbox or a 4-speed auto depending on model and of course, driver’s preferences. It won’t be without its rivals though, it will need to beat of fierce competition from cars such as the Kia Picanto and the Toyota Aygo to name but a few.