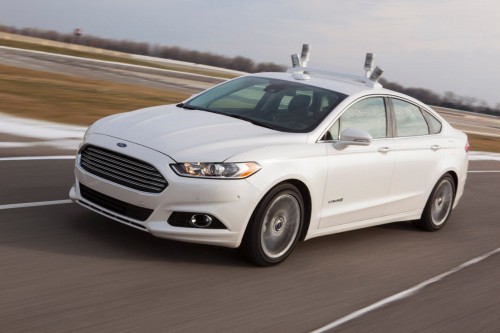 Whether you like it or not, driverless cars are on their way and this is an area where most car brands are looking to get in on. This includes Ford, which has announced it will be testing autonomous cars as of next year.

Until then though, Ford has decided to run a survey on 5,000 adults to find out how they would spend their time in an autonomous car, because let’s face it, if you’re not required to drive then you’ll have plenty of time to do other things. I love driving too much to let a car do it for me although it would be nice to have some extra time in my day, believe me!

Interestingly things like watching a movie or reading a book were not the most popular options, but maybe not as interesting as 16% of those asked stating they would be happy for their children to ride in the car alone. Woah, that is some level of trust, either that or they are just happy to see the back of them!

“People are really beginning to think about exactly what autonomous vehicles could mean to their day-to-day lives,” said Thomas Lukaszewicz, manager, Automated Driving, Ford of Europe. “Many of us neglect time for ourselves and for our loved ones in the face of other demands. Self-driving cars will revolutionise the way we live, as well as the way we travel.”

“We have already announced plans to use an autonomous vehicle for a ride-sharing service in the US in 2021 and it is important that we extend our testing to Europe,” added Lukaszewicz. “Rules of the road vary from country to country here, traffic signs and road layouts are different, and drivers are likely to share congested roads with cyclists.”