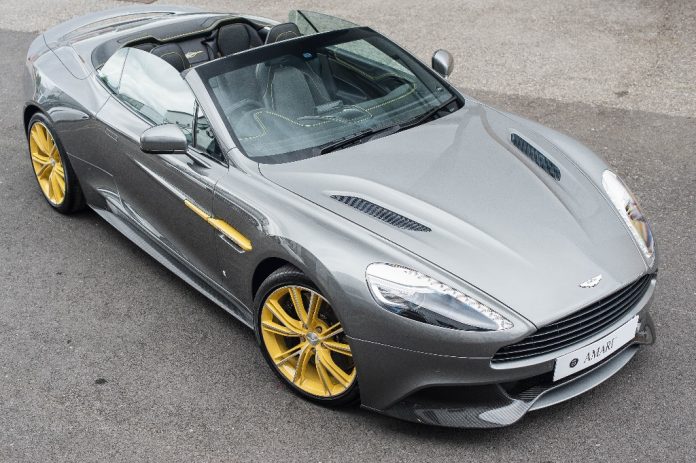 This is a Aston Martin Vanquish Volante offered by Amari and the reason why it’s so pricey is because it’s very rare. So rare in fact that only SIX were made. This is because this is the 60th anniversary edition and my word it looks good. I’m still undecided on those rather bold alloy wheels but I think the Hammerhead Silver finish is very nice indeed.

​​As is the 6.0 litre V2 engine that sits under the muscular yet elegant body. The power on offer is a rather generous 568bhp, meaning that 0-62 is dealt with in around 4 seconds and will continue to a top speed of 197mph. What’s even better is that it’s the Volante model so you can enjoy the V12 thunder al-fresco.

But what makes this model special? Well the pistons have been sourced from engines used in the DB2/4 Mk II saloon of the 1950s, then from subsequent decades the DB5, V8 coupe, V8 Vantage X-pack, V8 Vantage supercharged and the Vanquish of the mid-2000s. Each car also includes a unique sill plate portraying the era the car relates to – nice touch.

​​The car is still relatively new so it’s not needed an MOT yet and it’s coming up for its first service too, so the service history is obviously a bit thin. It’s only had one owner and throughout its lifespan it’s covered just 50 miles. It’s almost brand new!

For more details of this rare, nearly-new Vanquish Volante head to Auto Trader or Amari.