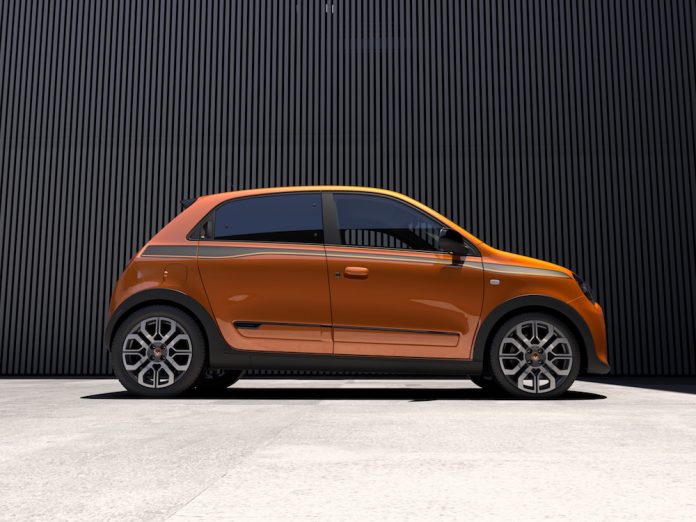 The Renault Twingo Renault Sport is dead for the moment but the French brand is able to offer you the new Twingo GT which has had its prices announced earlier this week.

How much is it? What can you expect?

As you can expect from a small car, it won’t cost the earth. The new Twingo GT will start from £13,755 which is about the same price as a top of the range Fiat 500. Buyers can expect features such as automatic climate control, automatic lights, front fog lights with cornering function and rear parking sensors, as well the normal mod cons we now take for granted. Exterior upgrades include a body kit, 17″ alloy wheels, twin exhaust pipe, rear diffusor and tinted windows to help give a sporty finish. ​​Now as I mentioned earlier that the there is no Twingo Renault Sport at the moment but that’s not to say the performance division hasn’t got involved with the GT’s development. The engine is actually in the rear and that power is also fed to the rear. This means that the Twingo GT is more manoeuvrable and larger inside.

Erm no I’m afraid. Sure the engine has a turbocharger but it’s 0.9 litres and the power output is a modest 110bhp with 170Nm of torque. The 0-62 comes in 9.6 seconds so it won’t set any record lap times any time soon. The pint-sized engine is mated to a 5-speed manual gearbox which has been given new ratios. Other upgrades include an uprated fuel pump, revised engine mapping, stiffer shock absorbers, a larger diameter anti-roll bar and a lower 20mm ride height.

The new Twingo GT is available from the 1st of December.