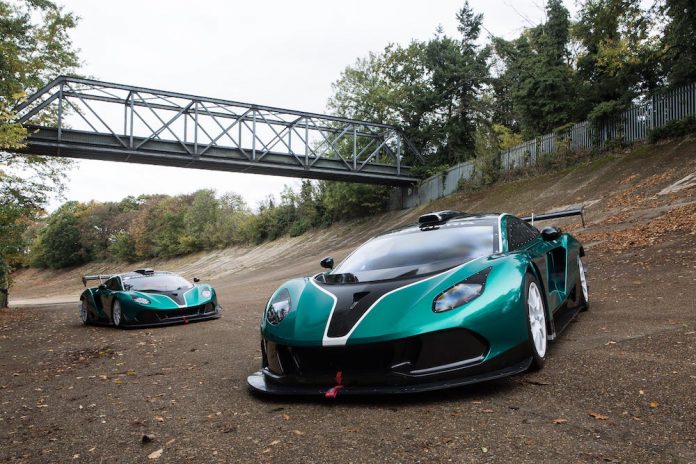 The chances are you have never heard of the car in the headline but it’s one that is bound to course a fair bit of interest. It’s called the Hussarya GT and it’s built by a Polish racing brand called Arrinera Racing. In fact this was the first Polish car to driven at this year’s Festival of Speed and it’s been inspired by Anglo-Polish motorsport and historical ties.

When the the car was first being born there was a chap called Eliot Zobrowski and once upon a time he was a horseman. However, he soon traded four legs for four wheels and became a key player in the motorsport and it’s said he is the man who chose the infamous British Racing Green colour which has been heavily used in British Motorsport.

This colour was to honour Ireland after the Gordon Bennett Cup was held in Kildare because of the speed restrictions in Britain. Sadly he died in 1903 after he crashed a Mercedes 60 at La Turbie hillclimb in France.

His son, Count Louis, was also an influence in British motorsport – and British literature – after he created two cars known as Chitty Bang Bang which were raced at Brooklands and also became the inspiration for Ian Fleming’s Chitty Chitty Bang Bang. Count Louis also died at the hands of motorsport after he crashed his Mercedes in to a tree at Monza in 1924. Back to the car…

History lesson, the Hussarya GT will be racing in 2017 and features a 7.0 litre V8 which produces between 420 and 650hp depending on how it’s been tuned and it’s mated to a 6-speed sequential gearbox. This may sound daunting, but the car has been designed in such a manner that even amateurs should be able to climb in and blast it around the track with little incident.

A road-going version is also in the works so you’ll be able enjoy the Polish brand’s racing package on a road near you. No release dates or further details are available at this moment so watch this space!

Piotr R. Frankowski, Arrinera’s Competition & Marketing Manager, said: “To see a pair of our Hussaryas here at Brooklands is a special moment, especially as they are resplendent in green. The feats of the Zborowskis and in particular Count Louis’ association with this true home of British motor racing is a fitting inspiration for a proud Polish company. In the Hussarya, we wanted to present a car that is beautiful, very strong and durable, easy to drive and maintain – and very safe.”