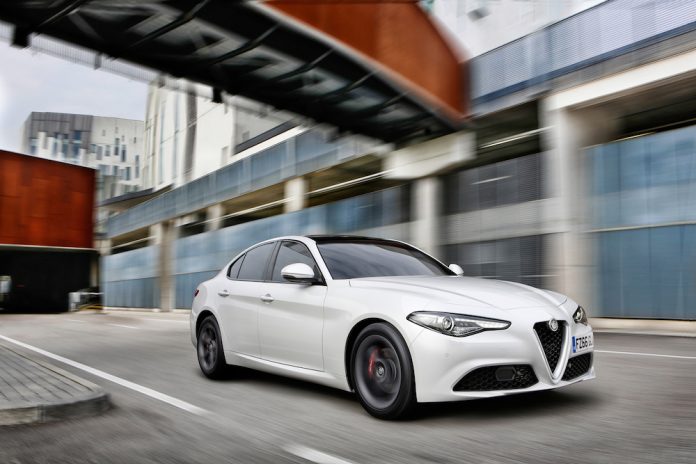 Alfa Romeo must be lapping it up with the new Giulia – it’s gained a good reception, it’s also got a five star NCAP rating and now it’s won an award for its outstanding beauty.

The new Alfa Romeo is certainly a fine looking specimen and it seems like Das Goldene Lenkrad agrees. Oh Das Goldene Lenkrad? That’s basically German for Golden Steering Wheel in case you didn’t know. The new sporty saloon has won the award for “Most Beautiful Car” from Golden Steering Wheel which was voted for by a panel of 29 automotive experts, including none other than new Rallycross champsion Mattias Ekström and designer Andrea Zagato. ​​The new Giulia will go toe-to-toe with the BMW 3 series and although it costs a bit more than its German counterpart it comes with more as standard. It’s available to order now with prices starting around the £28,000 mark. The 3 series will now have to look over its shoulder as the Giulia comes with the passion, flair and (insert Italian cliché) you’d expect from Alfa Romeo.

I’m not one to accuse a panel of no less than 29 automotive experts of being wrong but that’s exactly what I’m going to do anyway. The Giulia is far from a minger and it is certainly good-looking but I think the award should have gone to the simply breathtaking Aston Martin Vanquish Zagato. I imagine it didn’t win though is because it’s not mass produced and also because Mr Zagato himself was on the panel which would have a bit…awkward. ​​So I suppose on that note I should backpedal like a small bloke that’s just asked a bigger bloke outside for a fight on an impulse. So let’s end with saying well done to Alfa Romeo and I’m praying to god I get to test the new Giulia (the Quadrifoglio preferably!)