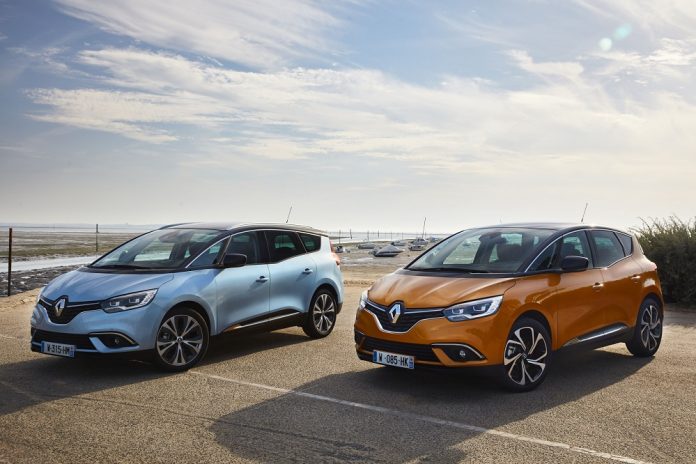 Good Morning everyone, bit of an early start but there is already news filtering through in the motoring world and it’s regarding Renault’s new Scenic and Grand Scenic. It won’t take a rocket scientist to tell by the title that Renault has now released prices for the upcoming Scenic models going on sale on the 1st of December with deliveries coming before Crimbo. So without further a do, let’s get stuck in.

How much? What’s Included?

The new Scenic starts at £21,445 whereas the Grand Scenic starts at £23,375, making them a competitive option in the seemingly forgotten MPV market. There will be four trims on offer and no less than 21 different versions to choose from so there should be something to suit everyone. Even the base model (Expression +) gets a good specification with a host of safety features, an electronic parking brake, dual-zone climate control, leather steering wheel, DAB Radio, Bluetooth, automatic lights and wipers, plus you even get a F1-style integrated fuel filler cap – whatever that is. You’ll also get a big boot as 572 litres are on offer here, making it the best in class. If that is not enough though, the Grand Scenic can extend that to 596 with the two rear seats down. ​​Not only has it got a big boot but like other Scenics, it’s safe as houses and has been awarded a five star NCAP rating which will give buyers peace of mind for when they are carting their family around. 20-inch alloy wheels are also standard so don’t think this car is not making an effort in the style department, in fact I think it looks pretty sharp.

Step up the trims and you’ll receive feature such as front and rear parking sensors, satellite navigation, leather upholstery, BOSE sound system and LED headlights to name but a few. ​​What about the engines?

Ah yes, the engines. There will be five engines from launch; two petrols and three diesels, plus there wil be a hybrid option coming next year which will fuse the dCi 110 diesel engine to a 48-volt battery to provide emissions as low as 92g/km of CO2 and mpg as high as 80.7mpg.