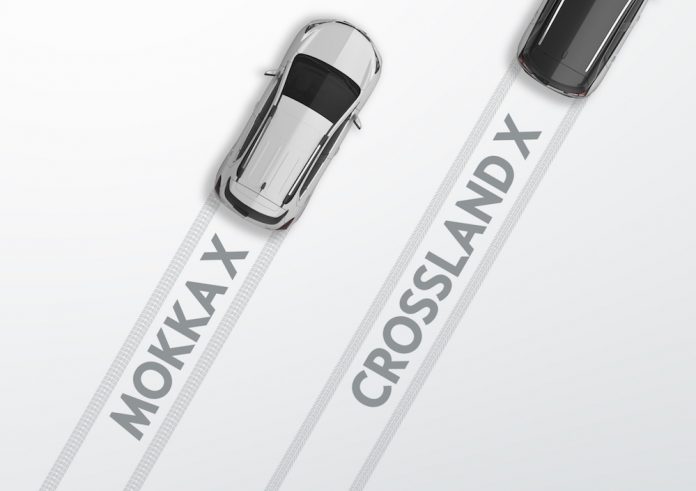 Today marks the news of Vauxhall naming its upcoming model which is to go alongside the Mokka X. This will also be a crossover and also features an X at the end of its name. So without further a do let me tell you what it’s called. It’s called the Crossland X, which is not a particularly sexy name but it sounds solid and functional.

No other details are known at the moment but Vauxhall has stated the new model will “multi-talented as it is stylish” which will appeal to families demanding “agility and convenience in urban driving”. I love press release talk.

‘Our customers’ expectations are changing, so the timing is perfect for an additional model in the Vauxhall range, which caters for a new breed of buyer,’ said Rory Harvey, Vauxhall’s Chairman and Managing Director. ‘The Crossland X will sit next to the Mokka X in our range, but their identities will be well-defined, and we anticipate that each will have its own following. More will be revealed at the start of next year, but we’re excited about the way Vauxhall’s crossover and SUV family is shaping up – and there’s more to come!’