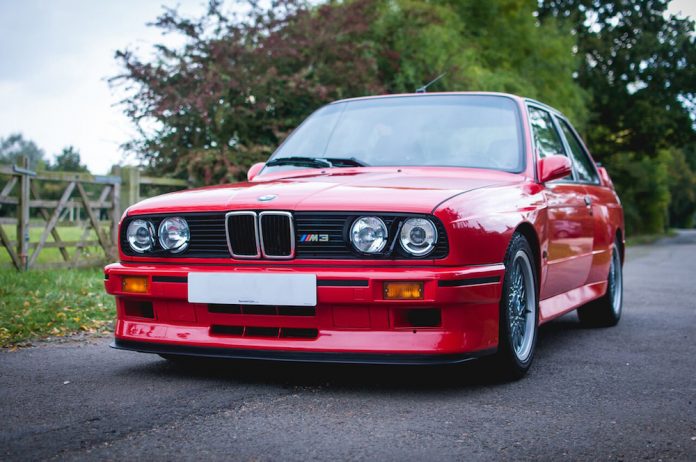 Now I don’t know much about touring cars but I do know there was once a time where the BMW E30 M3 Sport Evolution and Mercedes-Benz 190E 2.5-16 Evolution II went to toe-to-toe (or bumper to bumper) on the race track and it’s fair to say there was a strong rivalry.

Fast forward to the present day, these Bavarian fast saloons will be locking horns once more, this time at auction. That’s right, Silverstone Auctions will be able to offer both cars at its sale at this year’s Classic Car Show. These cars are bound to draw plenty of interest especially as this is the first time since 2002 that the M3 Sport Evolution has been available on the open market. ​​The model offered will be a 1990 example which is one of only just 600 built between 1989-1990. Finished in Brilliant Red with grey cloth interior, this model was first registered in its homeland before being brought to the UK by Sytner Group. Once here, it was used as a demonstrator for 19 months before it was then owned by BMW Car Club members.

Throughout its lifespan it has covered 65,002 miles and has been pampered with upgrades and a level of care that higher that’s second to none. All this will set you back though as the official estimate for this legend is £95,000-£115,000. ​​If you are in the Mercedes camp though don’t fret, there is something for you as well. More specifically a 190E 2.5-16 Evolution II also from 1990 which has covered just 25,500 miles since new. Presented in ‘Blauschwarz’ metallic paint with black leather inside, this is number 28 of only 500 produced, making it rarer than the M3.

The car’s had five owners throughout its life and like the M3 it has been looked after in the same way a mother looks after her first born. The car has been serviced religiously and it even has the original factory stickers still intact. The price for this model comes in with an estimate of £100,000-£115,000. ​​“These are two very sought after homologation cars and to have them both available at one of our auctions is a real treat and a very rare opportunity for buyers,” comments Nick Whale, managing director of Silverstone Auctions. “Any fan of the legendary Group A Touring Car can appreciate these two legends, and a lucky two could be the new owners of these low mileage examples, both with superb collector status.”