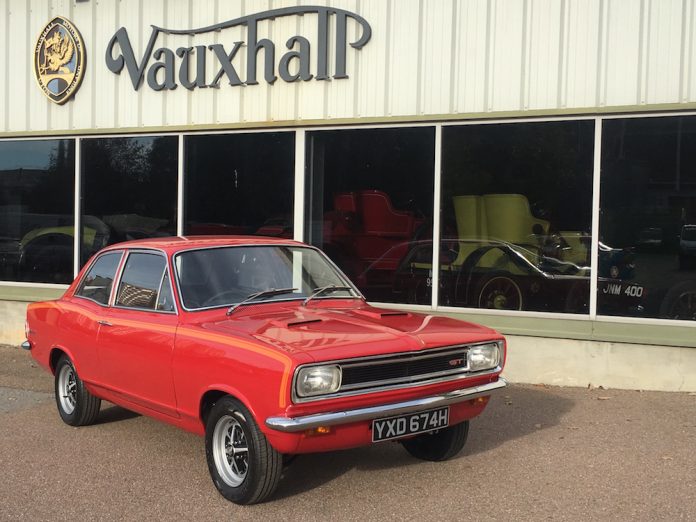 The current Vauxhall Viva is still relatively new in the car market but this is not the first iteration on the Viva. For those of you too young to remember, the Viva was originally built between 1963 and 1979 with 1,516,792 produced.

To celebrate 50 years of the Viva HB Vauxhall Heritage has restored a Viva GT from 1970 in what has been a two year process. A three man team consisting of Andy Boddy, Terry Forder and apprentice Chris Smith set out to restore the GT which Vauxhall bought from the partner from the car’s late owner, Steve Walton in 2014. ​​In what has been described as the brand as a “Labour of Love”, this special Viva was painted in Monza Red, replacing the original Sebring Silver applied when the car left the factory. Don’t worry though purists, the Monza Red is one of the original colours of the Viva, the team opted for the red because it was more vibrant.

The 2.0 litre engine has been overhauled to ensure it runs tickety-boo and the new body panels has to be made from scratch by specialist Keith May due to the difficulty of getting original parts. The finished product will be unveiled to the public at the Classic Motor Show taking place at the Birmingham NEC on the 11th of November.

“We’re now on the finishing straight with this restoration,’ said Andy. ‘It’s been a real labour of love for the team over the last couple of years, and sometimes quite a challenge when we have 70 other vehicles in the collection to maintain, too. But we’re confident that on Friday, November 11th – the first day of the show – the car will be ready to take pride of place on our stand.”