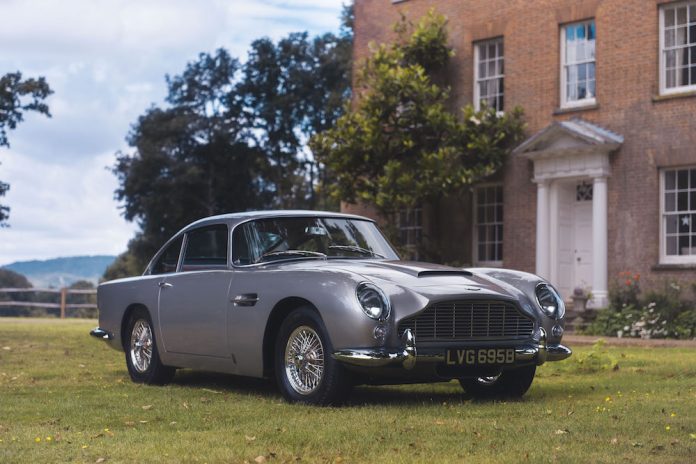 The first classic car has now been sold on social media and if that isn’t enough the car sold was a rather special one (and one of my favourites) – the Aston Martin DB5. This 1964 model was sold for the grand sum of £825,000 by international auctioneers COYS using Apple Pay and a social media app called Vero.

The car sold is a right-hand drive model presented in the classic Silver Birch paintwork made famous by of course, James Bond. You simply cannot mention the DB5 with mentioning James Bond, it’s the law (probably). The car has undergone a complete restoration following some 20 years in dry storage where it was not used. ​​COYS had announced at the Paris Motor Show it would be selling a collection of classics using the Vero app and it was indeed the DB5 to be sold to a buyer that has opted to remain anonymous. Other cars featuring on the Vero app include a Ferrari Dino 246 which once belonged to the manger of Led Zeppelin, a Ferrari Daytona and a Bentley Continental S2.

Chris Routledge, CEO of COYS, said: “The proud new owner saw the DB5 at the Paris Motor Show, he was overjoyed to see the car of his dreams and didn’t want to lose it… he was keen to quickly get in front of the queue, so a few days later he hit the ‘Buy Now’ button on Vero to guarantee the purchase, leaving two other collectors disappointed in his wake.”

Ayman Hariri, Co-founder and CEO of Vero, said: “Classic cars set the pulse racing like few other things. We’re delighted that Coys have chosen Vero as the platform to express their love of classic cars. Coys remind us of the influence classic cars have on us through movies such as the Italian Job, Ronin, and of course, Bullitt. With Vero’s unique Buy-Now feature, Coys is offering collectors a new way to purchase the cars they’ve always dreamed of owning.”