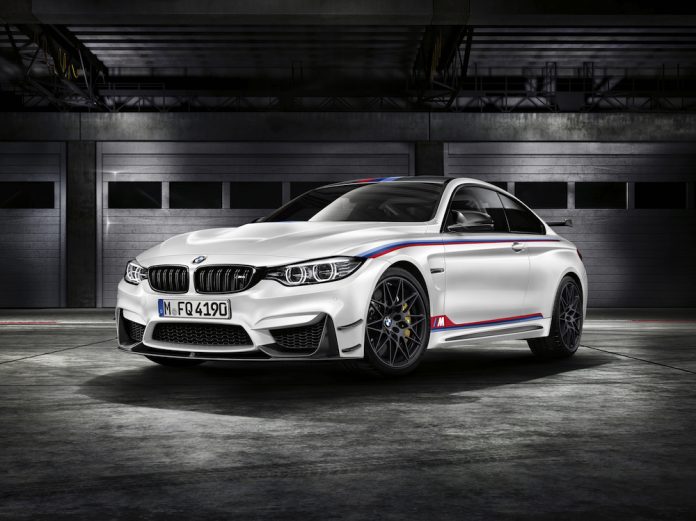 You may have seen recently I drove the BMW M4 Competition Package and that was very brisk indeed. However, BMW has launched a new limited edition model that is even faster.

It’s called the DTM Champion Edition* and it has been launched to celebrate another win from DTM Champion Marco Wittmann. Just by looking at the new model you can see it’s been inspired by touring car racing. From the racing style livery through to the rear wing, you can tell this M4 is not here to play about. ​​However, there will be no room in the back for others to enjoy as there are no rear seats, instead there is a whopping big rollcage to help protect the car and those inside it. The front seats are fitted with racing harnesses to keep you firmly in place when you’re hooning about – handy for those ‘vigourous’ drives.

As much as this car is inspired by motorsport, it’s not to say you’ll have no creature comforts – features such as sat nav, air conditioning, adaptive LED headlights, OLED taillights and parking sensors can be found in this racer for the road.

​​The price? Well that hasn’t be confirmed, but if you bear in mind the GTS is selling for over £120,000 I think it’s safe to assume you’ll need deep pockets to afford the new limited edition. Despite not having a confirmed price, the DTM Champion edition is on sale now.

“Hello BMW, can I borrow one please? Hello? Hello?” I seem to have been disconnected…