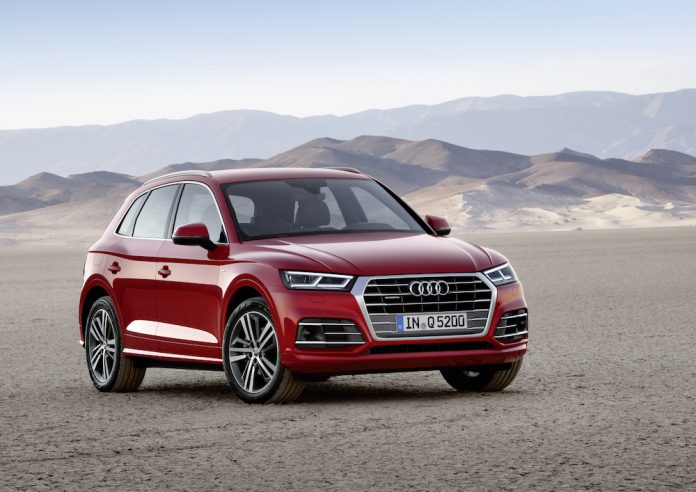 Audi has revealed the new Q5, a car bigger and more spacious than its predecessor. It will be available to buy later this year with deliveries coming next year. So what is new in the latest Q5?

The new Q5 is bigger than its predecessor and is able to offer more space inside for both occupants and luggage. In fact the new model is able to offer 10 litres more of luggage capacity, offering anywhere from 550 to 610 litres depending on rear seat configuration. If the seats are folded down altogether you’ll be able to enjoy an increased capacity of 1,550 litres.

​​The Q5 may have increased in size but don’t think it’s got all fat and heavy. Thanks to a mix of steel and aluminium the car has been able to shed 90kg. This ought to be good for fuel consumption, handling, performance, well, pretty much everything. quattro with ultra technology is also available to offer four-wheel drive when the conditions call upon it. In normal use the Q5 is happy to go about its business in two-wheel drive only but when the grip begins to go, that is when the quattro system will kick in. A new five-link suspension is also deployed in the new model to offer better comfort although an optional air suspension can also be specified.

The 3.0 litre can also be specified with an sport differential to give grip in the corners and dynamic steering is available on all models – as an optional extra of course, this is Audi don’t forget.

Well it’s an Audi so it will feature a fair amount of toys to play with. The one that has caught my eye is something called ‘Personal Route Assistant’, this learns frequent routes the driver makes and will then give suggestion or traffic updates to help make journeys quicker and more efficient. The system can even work with the navigation turned off but it if you’d rather not have the system at all then it can be turned off.

​​Audi Drive Select will be on hand once more to give drivers the choice of what kind of drive they want, off-road modes are also available to help with the rough and tumble. A Bang and Olufsen sound system will provide some decent sounds and you’ll be able to hear them better as the new Q5 has been redesigned to be quieter and more refined inside.

The usual smartphone connectivity and mod-cons will feature and like with other Audis it can offer a 3G Wi-Fi hotspot (with a sim card inserted) which can be used by up to eight devices. An Audi tablet can be found in the back to keep the rear passengers and hopefully banish the dreaded “Are we there yet?”. Well, one can hope anyway…