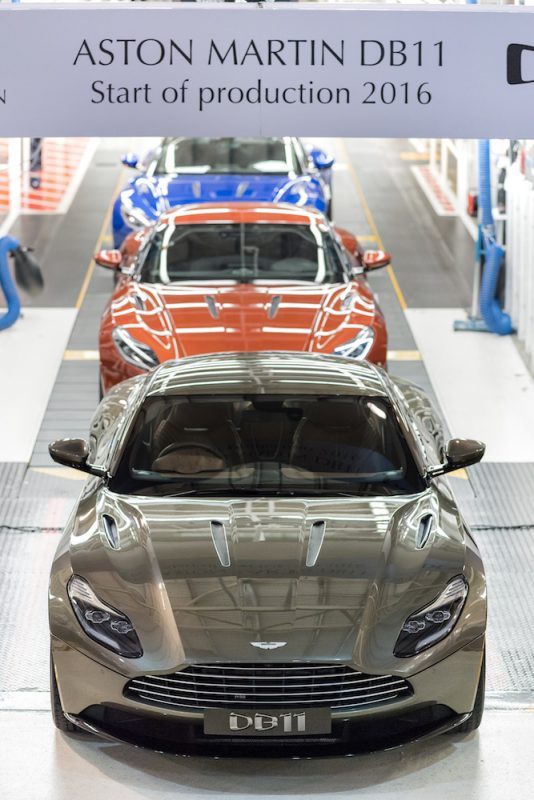 Aston Martin fans rejoice! The much anticipated DB11 has now gone in to full production.

Why is this car so important?

It’s a new Aston Martin, isn’t that enough? All joking aside, the DB11 is the first core car of the luxury brand’s six year ‘Second Century Plan’ – the DBX crossover is also included in that plan. Today marked the very first DB11 available to customers roll of the Gaydon production line. Customers that have ordered a model can expect their new pride and joy to be delivered next month.

Launched at this year’s Geneva Motor Show, the DB11 has enjoyed rave reviews from the motoring press – my invite must got lost in the post. I’m sure I would have found the new model to be good though. The production team will have their hands full though as around 3,000 models have been ordered and each one will be hand-made by team at Gaydon.

​​Aston Martin President and CEO, Dr Andy Palmer, who will personally assure the quality by inspecting the first 1,000 cars, said: “It’s an exciting moment for the entire company when the first car of a new model goes into production. The DB11 is a special car and it heralds the start of a new and exciting era for Aston Martin.”