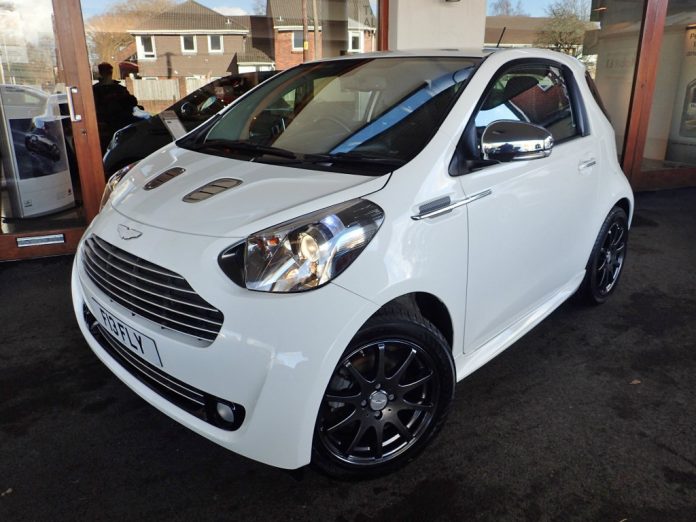 It’s another late edition of WWS, I’ve spent most of today in the sunshine getting the car clean and applying some new decals – which look great by the way. But as they say, better late than never so let’s get cracking! This week’s WWS may not be the most exotic car featured so far but it may be the most quirky.

​​It’s the Aston Martin Cygnet, a car that looks like something has shrunk an Aston Martin coupe – badly. They are rare though, I’ve never seen one on the road, but I suppose someone doesn’t want to tell people they drive an Aston only for them to realise it’s not a true Aston. It’s more like a posh Toyota IQ and it has a pricetag to match.

​​£32,990 is what you’ll need to part with for this pint-sized Aston Martin which is being offered by Dorset Sports Cars. That’s a lot of money for a little car so what will you get for your money? Well if you’re expecting performance you’ll be disappointed – a 1.3 litre engine sits under the bonnet which offers a gigantic…97bhp. Yeah…

​​The Cygnet does have some redeeming features though – in the cabin you’ll find leather seats (the front of which are heated), alcantara headlining, Garmin sat nav system, Homelink garage opener and keyless stop/start. Other features include air conditioning, rear parking sensors, electric door mirrors and automatic lights and wipers.

If you fancy this miniature Aston Martin head to Dorset Sports Cars or Auto Trader.