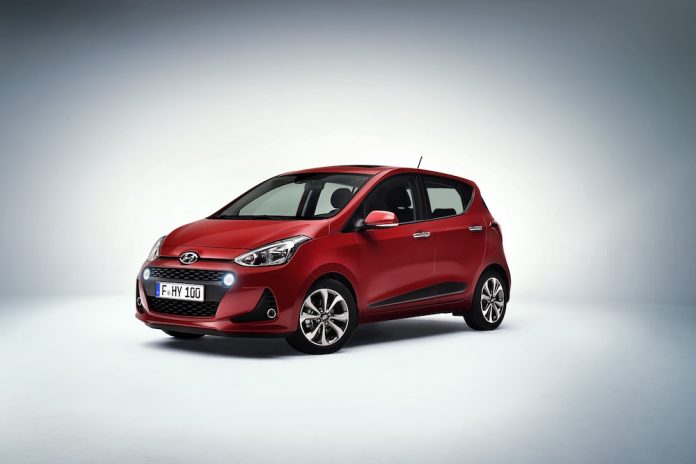 In the wee small hours of this morning Hyundai announced what will be in the new i10, which will make its debut at the Paris Motor Show.

The new car has seen some visual tweaks to help to update the look and make it more appealing. A new cascading front grille has been fitted to the i10 which has been complimented by a re-design of the LED running lights that now sit within the grille rather than the side of the bumper. The rear bumper has been tweaked as well and overall the car is better for it, it looks more characterful if you ask me. It’s come a fair distance since the first model, that’s for sure. ​​The interior has now been treated to a spring clean as well – red cloth adorns the new model, although blue and black interiors can be selected as well in case you fancy something a bit more subtle. Hyundai states that the new i10 will offer better ride and handling thanks to a larger front bumper stopper and modified steering gear ratio. In regards to engines, buyers will have the same choice of petrol engines as with the current i10.

The new i10 features a new 7″ touch screen display which comes with satellite navigation and of course, smartphone connectivity. What’s even better, the sat nav comes with a free seven year subscription to LIVE services to help drivers keep up to date with the latest traffic news.