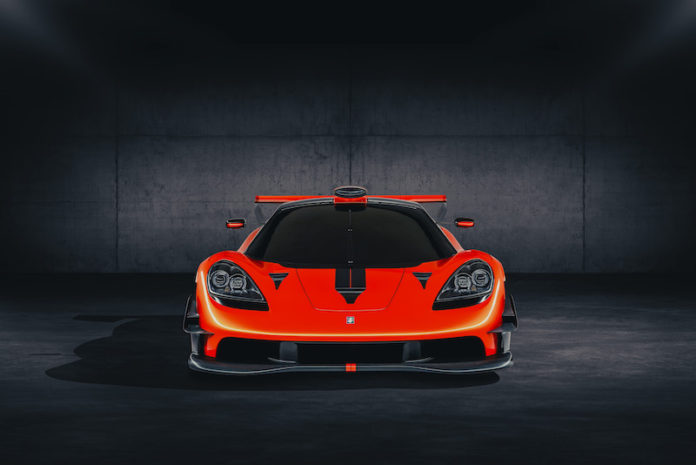 That’s a bold claim isn’t it? “an on-track experience like no other car to date”. That would be like The Beatles, claiming they were bigger than Jesus. Oh wait, that was a thing, wasn’t it? Slightly outdated reference aside, this is what Gordon Murray Automotive has to say about the new T.50s Niki Lauda. Mind you, if anyone is going to make such an audacious claim, you can do worse than Gordon Murray as he certainly knows his way around an oily rag. For those of you that have been living under the rock, he is the man who designed cars such as the iconic McLaren F1.

A lot to live up to

Not only has the T.50s Niki Lauda got a lot to live up when its maker is throwing around such statements, but it also has to bear the weight of the Niki Lauda name. Again, if you’ve been living under a rock, Niki Lauda was one of the most famous and courageous F1 drivers ever. Here was a man who was almost burnt to death following a horrific crash at the Green Hell in 1976 only to come back where others would have called it a day. 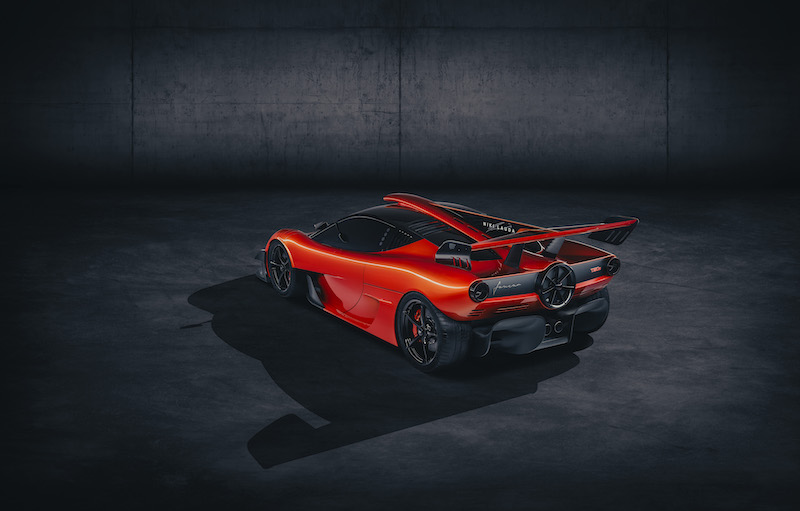 Many would argue the Austrian was one of a kind, and the same can almost be said for the car that bears his name as only 25 will be made. The price for such a rare car? £3.1million…before taxes. Sadly there is a good chance, then, the majority will just end up in private collections and will not be used how Professor Murray had intended.

A powerhouse in featherweight shell

Under the 825kg body lies a Cosworth-designed 3.9 litre V12 engine, which kicks out no less than 711hp at 11,500rpm. Think that’s impressive? It will keep going to a valve-busting 12,100rpm. As you would expect from a car that’s so powerful yet so light – over 100kg lighter than a Mazda MX-5 – it’s bound to flippin’ quick. However, quite surprisingly, Gordon Murray Automotive is not motivated by lap times or numbers. 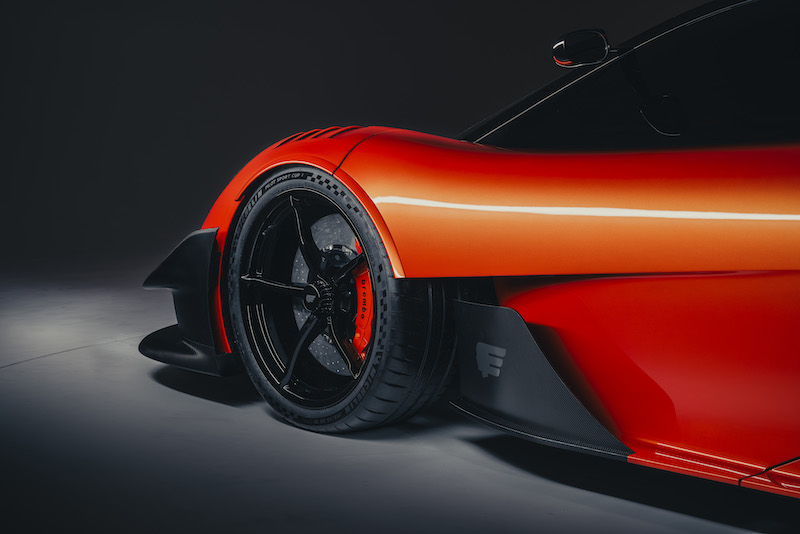 In fact, Professor Murray has even said, “We had no interest in achieving the ultimate lap time or creating an over-tyred and over-downforced spaceship at the expense of driver involvement, because ultimately you have to possess an F1 driver level of skill and fitness to get the best out of them”. Having said that, the T.50s Niki Lauda isn’t exactly wanting for downforce as it offers a staggering 1,500kg of it. Compared to the “standard” T.50 the T.50s Niki Lauda offers an even larger rear diffuser, and a new Delta ring.

Helping to put the 711hp and 485Nm to the rear wheels is a bespoke Xtrac IGS 6-speed paddle-shift gearbox, which replaces the manual used for the T.50. The package is 5kg lighter and the ratios allow for a top speed of 200-210mph. However, those who want better acceleration can opt for shorter ratios, which bring the speed down to 170mph. 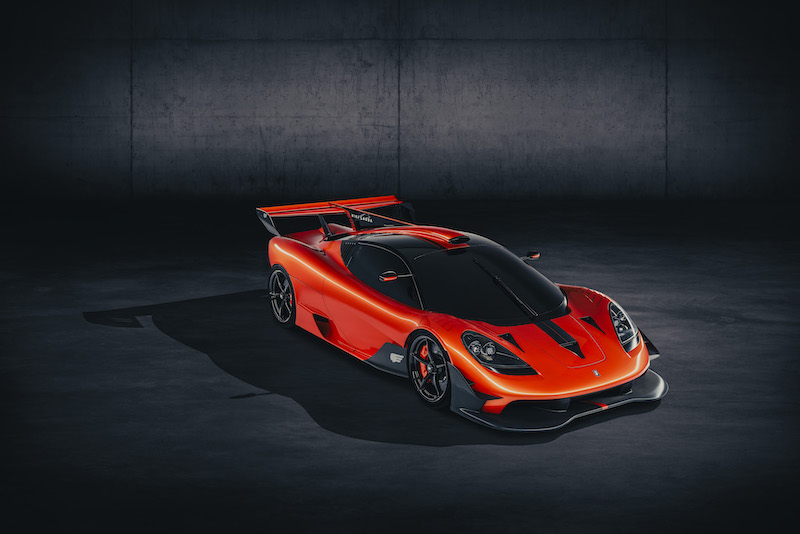 Not just about the brawn

As you would expect from a car that has been meticulously engineered as this, the T.50s Niki Lauda is more than simply bolting a large engine in to a light shell. Like a McLaren, the chassis is made of a carbon fibre monocoque for ultimate lightness as well as strength. All body panels are unique to the Niki Lauda and they are all also made from carbon fibre. The windows and screens even have special glazing to keep the weight down. 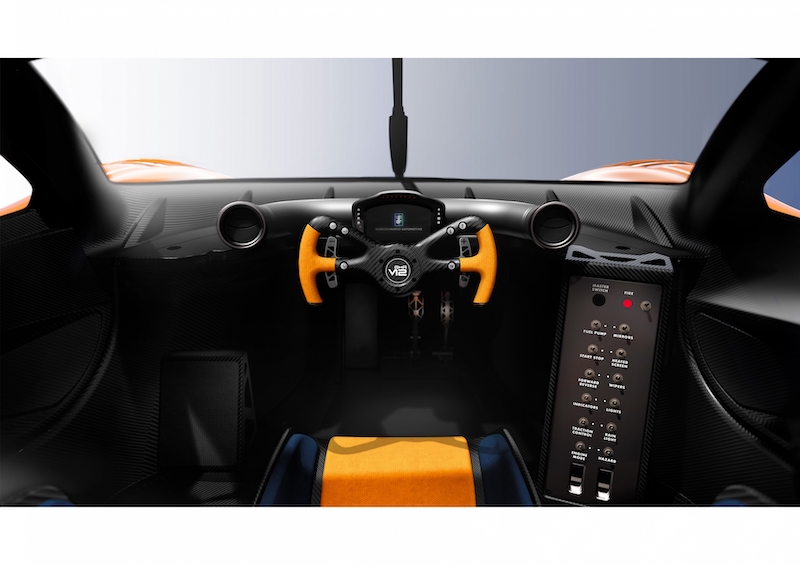 The Niki Lauda retains the same forged aluminium front and rear wishbones from the T.50 but the springs, dampers and anti-roll bars have been revised for better track performance. The right hide height has also been lowered, with respective heights of 87mm and 116mm front and rear. The steering has been carried over from the T.50 but it has been revised for better track performance.

Naturally, carbon ceramic brakes find their way at each corner of the Niki Lauda, and are housed within 18″ alloys. Speaking of which, the alloys are forged from magnesium, offering a weight saving of 6kg per wheel. Wrapped around them are Michelin slick tyres measuring 250mm wide at the front, and 300mm at the rear. 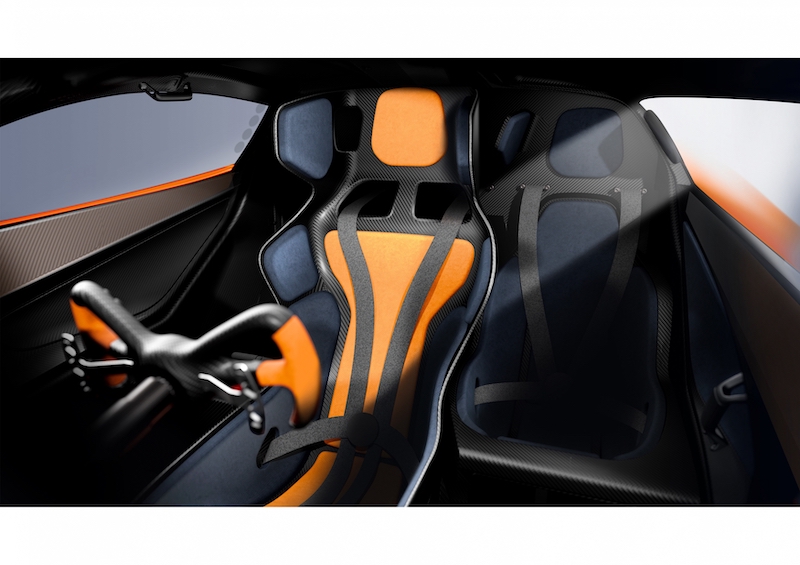 Good things come to those…

For those with pockets deep enough to buy the T.50s Niki Lauda they’ll need to wait as production won’t start until January 2023. That is when the production of the T.50 will cease after all 100 have rolled off the factory line. Each version of the Niki Lauda will be named after one of Gordon Murray’s grand prix wins on different circuits. The first car will be designated Kyalami 1974 and further cars will be named after the 24 subsequent wins in chronological order. Each car will also come with a specially commissioned book about the race that it is named after, with Murray’s view and memories of the victory. 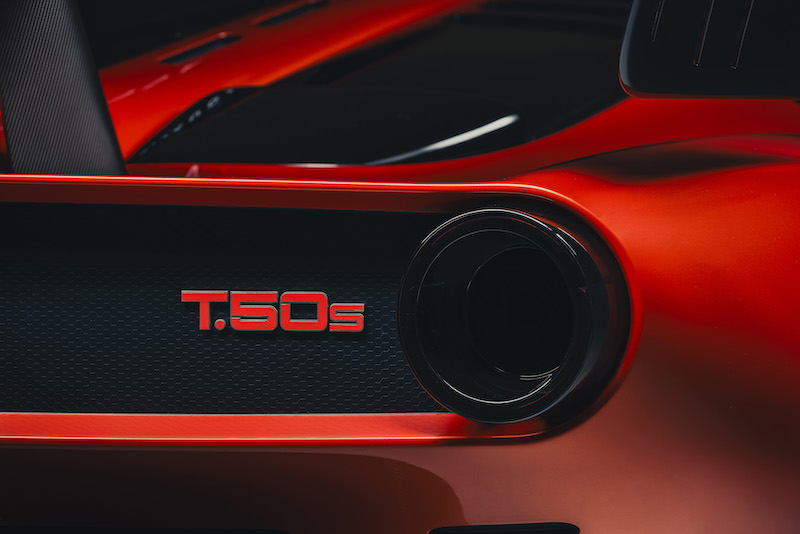