It’s back. The Esseesse badge. For those of you that don’t know, this is the moniker Abarth uses for its sportier models, and it’s now been applied to the latest Abarth 595. It’s no more powerful than a Competitzione, but it has a few added features, such as Sabelt front seats, 17″ Super Sport alloys finished in white, 70th anniversary badge, Koni dampers front and rear, plus a limited slip differential.

The model I tested also had the optional Campolove Grey paintwork, which looks to be Abarth’s answer to Audi’s iconic Nardo Grey. Also optional is the carbon fibre dashboard, which is part of the Carbon Pack boasting an eye-watering premium of £1,750. In fact, the car you see in this review is pushing £29,000 – ouch!

Let’s move things on, shall we?

The price isn’t the only think that packs a punch – the turbocharged 1.4 litre petrol fitted under the stubby bonnet is a bit of a firecracker. It may seem small in stature, but that doesn’t stop it from producing 180hp along with 250Nm of torque (157 lb ft). Work the 5-speed manual quickly enough and the Esseesse will race to 62mph in 6.7 seconds, and it carry on to a top speed of 140mph.

Not only does it go like a stabbed rat, but it makes a meaty noise as it does so, thanks to the standard-fit Akrapovic exhaust. There’s a Sport mode as well to increase the throttle response, as well as making the steering heavier as well. The driving sensation certainly feels sporty, but sadly the driving position doesn’t.

As much as I like the Sabelt seats, they feel far too high, and annoyingly, the dial for the tilt adjustment is the right hand side of the seat, very close to the door trim, meaning you’ll need fingers like a pianist to get to it. I, however, don’t, so I had to open the door in the pouring rain in order to twist the dial effectively. One could say it adds character to the car, but it seems needlessly impractical. 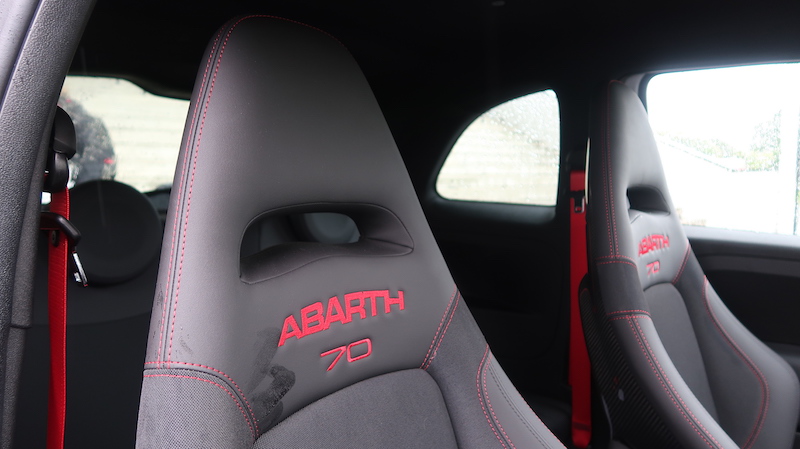 What the 595 EsseEsse lacks in practicality, it makes up for with charm and fun factor. On the day of testing, the weather may have been even more grey than the car’s exterior, but the 595 was still able to put a smile on my face. Turning over the small engine brings a satisfyingly meaty tone from the rear, almost as if the car is clearly telling you “I am NOT a Fiat 500!”. 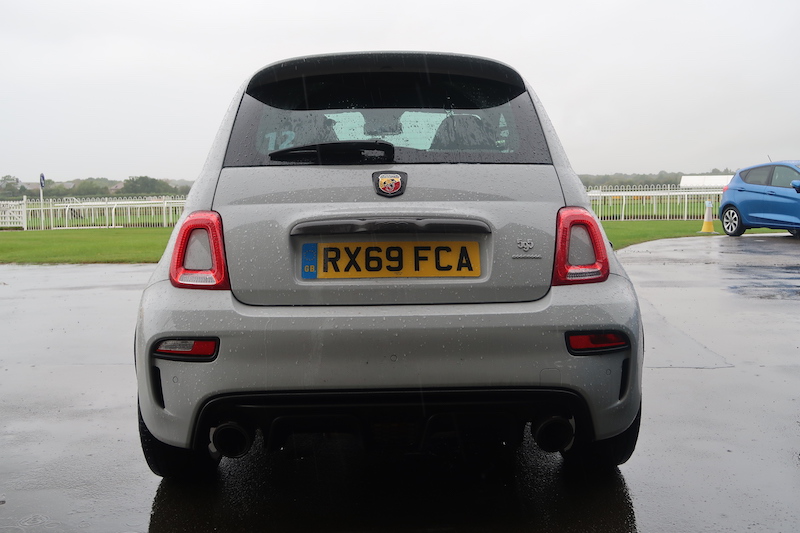 Fun, but not perfect

Like any Abarth 595, the EsseEsse is small in stature and also small in regard to the footprint it has on the road, so it’s agile through the corners, but the trade-off for that is course the firm ride. It’s not quite as firm as other 595s I’ve driven, but I wouldn’t say it’s the last word in compliancy either. In the past I’ve complained that the handling of the 595 is a bit one-dimensional, but thanks to the inclusion of the LSD for the EsseEsse, it is better. 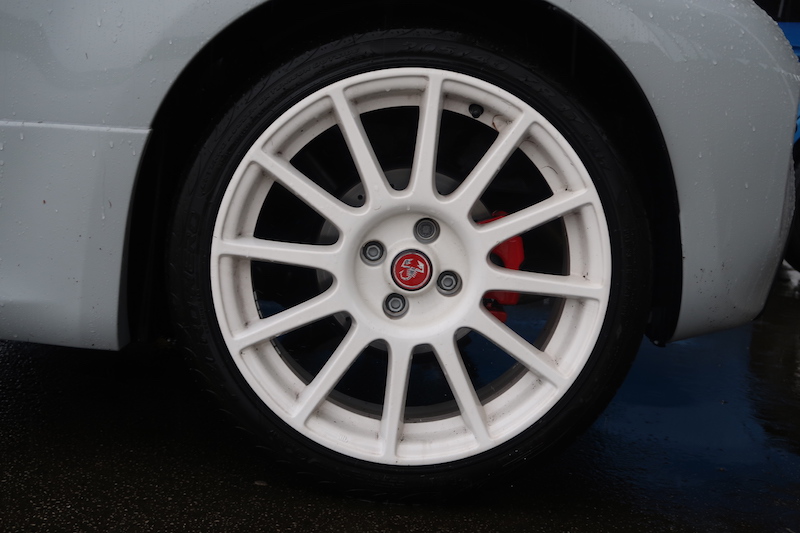 It’s still not perfect, mind, but it’s still able to put a smile on your face, and that’s exactly what these kind of cars need to be doing. However, the same cannot be said for your bank balance, as this is not a cheap car, no matter which way you look at it. I’d argue the only people likely to buy this are die-hard Abarth fans, I can’t imagine this being a gateway product for the Italian company. 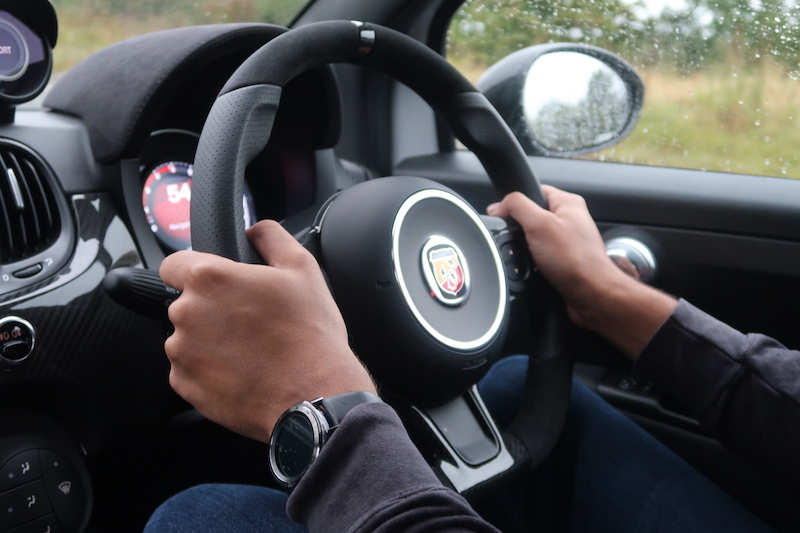 If it were my money, I’d be walking in to a Ford dealership and driving away in a Fiesta ST and a nice bit of change, but hey, that’s just me. One thing I will say for the 595, I’d argue it has more character than the Fester but ST will be the easier to live with, and in my opinion, it’s the better driver’s car. 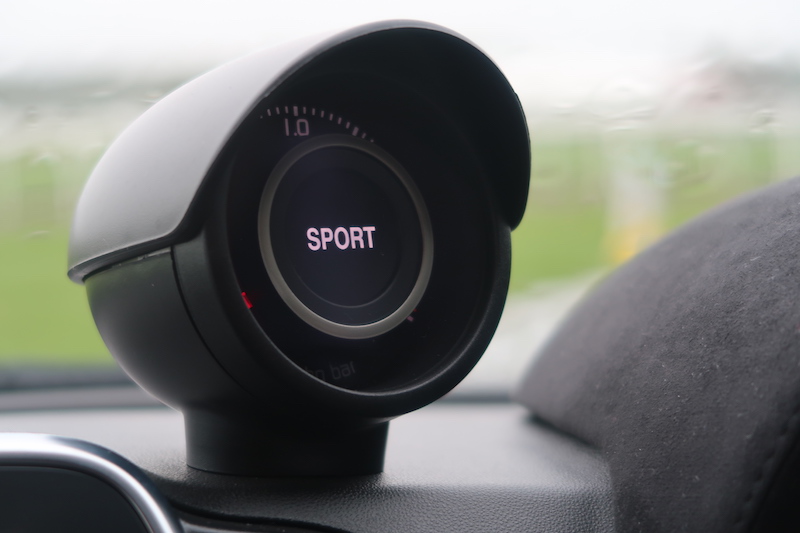 Anyway, enough of the ST. The 595 EsseEsse, like the rest of the 595 range has a 5-speed manual gearbox helping to feed power to the front wheels, and whilst the change is a bit long, it’s slick enough for it’s purpose. The pedals are laid out well, although I did find the clutch to be a bit a springy, but I got used to quickly. The pedals look fab as well; it’s almost as if they’ve been taken from an old rally car. 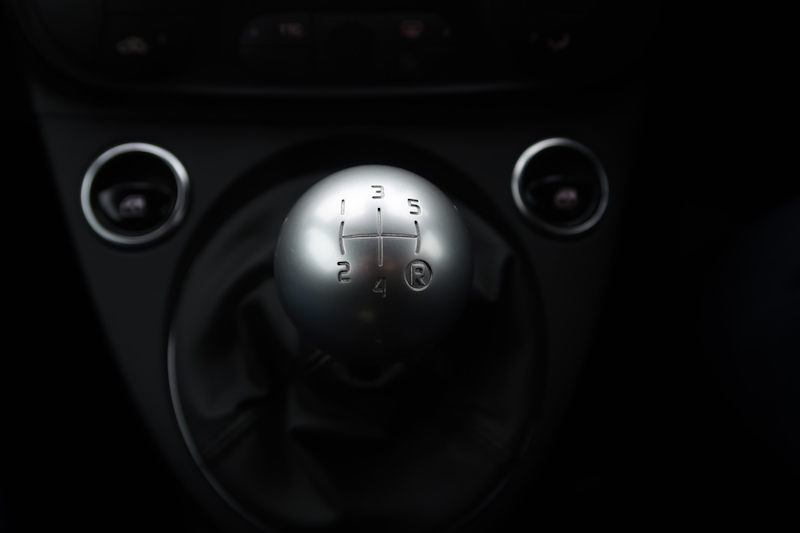 Would I buy one?

As much as the 595 EsseEsse is a likeable car, and it has a great ability to paint upon a smile on your face, I wouldn’t buy one. It’s simply too pricey for what is, and because of its small size and firm ride, I don’t think I’d want to live with one. This for me, would be like a holiday romance, rather than a long term relationship. However, I’m sure there is someone out there for this car, but it’s not me.